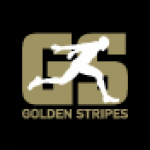 NEW YORK – (April 25, 2012) – Seven high school athletes have been added to the adidas Dream Mile as part of the adidas Grand Prix set for Saturday, June 9 at Icahn Stadium on Randall’s Island. The adidas Dream Mile draws the best high school Milers in America, and last year at the event, Lukas Verzbicas clocked 3:59.71 to become the fifth U.S. high schooler to break the “magic” 4-minute barrier and his time was only the second sub-4 in high school competition (also Jim Ryun in 1965).

Headlining the boys’ side is Brad Nye, a senior from Kaysville, Utah. Nye is currently ranked #1 in the U.S. at the Mile thanks to a 4:08.80 victory at the Arcadia Invitational earlier this month, and is #2 at 1500 meters. Nye was undefeated indoors, winning a national title in the Mile and finishing the season with the #2 time in the U.S. at 1600 meters.

Challenging him will be two other top-ranked athletes: Bernie Montoya and Futsum Zeinasellassie. Montoya, a junior from Yuma, AZ, is ranked #1 at both 1600 meters (4:07.72) and 3000 meters (8:18.81), and is the defending Arizona State champion in cross country as well as 1600 meters and 3200 meters. Zeinasellassie, a senior from Indianapolis, is the 2011 Gatorade National Boys Cross Country Runner of the Year and a three-time Indiana State champion in cross country and at 3200 meters. His recent U.S. #1 time of 8:47.45 for 3200 meters broke a 37-year-old Indiana high school record. He is planning to attend Northern Arizona.

Finn, a junior from West Bloomfield, MI, broke the U.S. high school record for 5000 meters indoors when she won the national title this season in 16:19.69. Finn, who holds a 4.0 grade-point average, was also runner-up at the 2011 Foot Locker National Cross Country Championships.

Fields for the Dream Mile will be drawn from the winners of three qualifying meets in the adidas Golden Stripes series, as well as from at-large bids. The first meet, the adidas Meet of Champions, was held on March 24, followed by the Kansas Relays in Lawrence, KS, April 21. Next up is the Golden South Classic in Orlando, FL, on May 26.

In addition to the opportunity to compete in a world class international track event, athletes in the adidas Dream Mile will also have the chance to receive coaching from Mile legend and Olympic medalist Jim Ryun.

For even more coverage on the Dream Mile, go to: adidasgoldenstripes.com

In its eighth year as one of the premier track-and-field events in the world, the adidas Grand Prix will feature dozens of Olympic medalists and World Champions, including Yohan Blake, the reigning 100 meter World Champion, and David Rudisha, the 800-meter World Record holder, who will be making his U.S. debut. The adidas Grand Prix will again be the sixth stop on the international Samsung Diamond League circuit and is part of the Visa Championships Series.

All of the latest news, photos and additional information on the adidas Grand Prix can be found at adidasgrandprix.com, the event’s pages on Facebook at facebook.com/adidasGrandPrix and on Twitter at twitter.com/adidasGrandPrix; when tweeting, use #agpny.