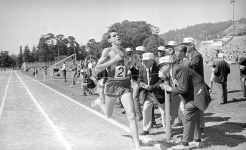 Mile legend scored a convincing victory in the tournament final, garnering 62.1% of the vote to Deena Kastor’s 37.9%; selection pool of 66 U.S. athletes

He has broken world records.

He has won an Olympic medal.

He has appeared on seven Sports Illustrated covers, a record for the sport.

He has been elected to Congress.

Three weeks of voting whittled a field of 66 American legends to two. Our men’s and women’s GOATS: Ryun, the former world record holder in the 1500 and Mile, and Deena Kastor, the American record holder in the marathon. While the two semifinals — in which Ryun defeated Frank Shorter and Kastor took out Jenny Simpson — went down to the wire, Ryun scored a convincing victory in the final, garnering 62.1% of the vote to Kastor’s 37.9%.

A high school phenomenon at Wichita East High School in Kansas, as a junior, Ryun became the first high schooler to break 4:00 in the Mile on June 5, 1964, before going on to make the Olympic team later that summer at age 17. He finished his senior year of high school in 1965 by defeating reigning Olympic 800-1500 champion Peter Snell to set an American record of 3:55.3. His time would stand as the U.S. high school record for 36 years, until Alan Webb came along. 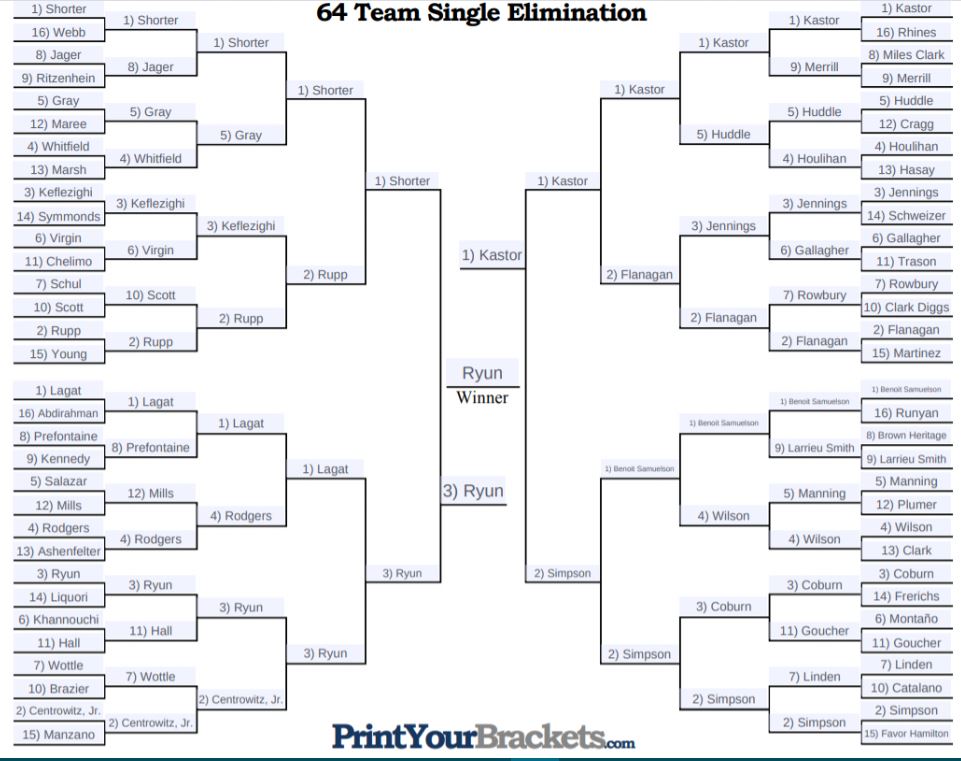