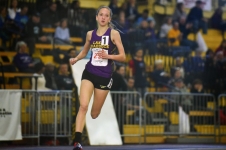 Future Duck will now turn her focus to wrapping up her high school career on a high note.

Lake Braddock senior middle-distance runner Kate Murphy on Tuesday announced via Twitter her plans to attend the University of Oregon. The three-time All-Met Athlete of the Year was also considering Virginia and Villanova.

“I took my Oregon official [visit] this past weekend,” Murphy told The Post. “I kind of knew in the back of my head I was leaning towards Oregon. Once I went, it just sealed the deal for me.”