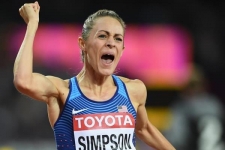 Emily Moss for the IAAF

With six women having run faster than four minutes in 2017, the women's 1500 meters at the IAAF World Championships London 2017 had been billed as one of the events of the championships. And so it proved to be on Monday evening.

"I thank God today, it was a good race in London,” Kipyegon said. “It is such a high quality field. The best was going to win here.”

With 200 meters to go, Kipyegon and the Netherlands' world indoor champion Sifan Hassan - the fastest in the world this year with 3:56.14 – were battling it out at the head of a field, as Muir chased hard behind in third.  However, Rio Olympic bronze medalist Simpson got it tactically right once again, passing Muir on the inside to win her third world 1500m medal after her gold in Daegu 2011 and silver in Moscow 2013. Meanwhile, Semenya showed some of her 1:55.27 two-lap speed to also pass Muir – and a dying Hassan – just meters before the line, as 2015 world bronze medallist Hassan held on for fifth in 4:03.34.

Renowned global championships performer Simpson revealed, "My coach has been telling me all day, 'Be willing to run your guts out and you'll be great', so I did exactly what she did. Having the experience is huge because having the ability to stay calm is so hard, especially at the IAAF World Championships when you are racing in a beautiful stadium like this. To come out with a medal, I think it was down to keeping my wits about me." 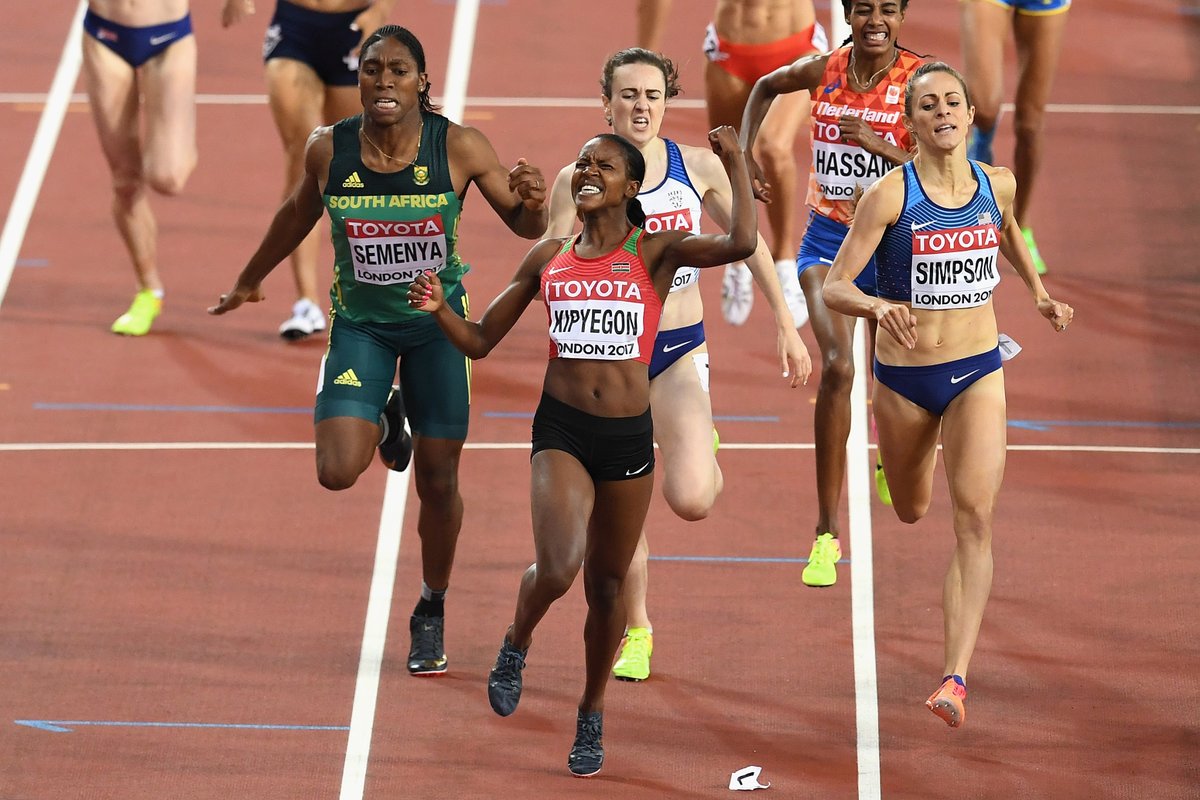