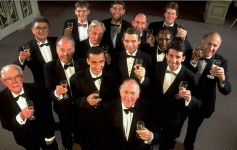 Never join someone who eclipses you. Align yourself with one who increases your luster. The man who puts you in the shade because he is either more virtuous or vicious gains the greater recognition. He plays the main role, and you are relegated to support him.
—Baltasar Graci, 17th-century Jesuit philosopher

Suppose you had spent the best years of your life gasping for oxygen. Suppose you had awakened each Sunday morning knowing you must run 23 miles to feel clean, then lie on a table and hope someone could rub away the pain. Suppose you had spent nights brooding over 10ths of seconds, a decade of life under the tyranny of a clock, and finally you had what you ached for. "You're the king of the world," as one who did this said. "The fastest Miler in the world." And then, a few years later—or perhaps only a few months or weeks—it was gone. Someone else was faster. Someone else was king.

Suppose that one day long after this fever had passed, one day when your hair was gray and your face was a fine web of wrinkles, you opened the mail and found an invitation. Someone wanted you to get on an airplane, fly 15 hours, or 28, in order to stand in the shade of the ones who had surpassed your sacrifice, eclipsed your glory. No appearance fee. Would you do it? What for?

"To be the world record holder in the Mile," said Herb Elliott, the 56-year-old Australian who was just that from 1958 until '62, "a man must have the arrogance it takes to believe he can run faster than anyone ever has at that distance... and the humility it takes to actually do it."

What becomes of all that arrogance and humility? One by one, on the 40th anniversary of the most famous Mile ever run, the record holders arrived at the Grosvenor House Hotel in London on May 4. Shaking hands, smiling shyly, they stepped into each other's shade.

FILBERT BAYI: I don't have much money. But I have this: I'm among the great Milers in the world. That makes me rich.

DEREK IBBOTSON: If it had been any other event, I don't think I'd be remembered now. I'd be lost.

JOHN LANDY: I was a loner, a shy young man. It opened me up to live a life I never thought I'd live.

STEVE CRAM: It becomes luggage permanently attached to your name. It matters not what else you do. You'll be introduced everywhere as world record holder in the Mile. Even after you're hurt or on the downside of your career, you'll believe you can do anything. It can create great frustration.

PETER SNELL: The anchor I have is that regardless of how good you think you are, I at least have achieved something that was world class and that can never be taken away from me.

SEBASTIAN COE: I'll say it—why not? We are members of one of the most exclusive clubs in the world.

Dawn. Damp. Cool. Windy. Herb Elliott was sitting on his bed, eyes shut, mind quiet, body still. He was meditating. Jim Ryun, the world record holder from 1966 to 75, was rousing his four children. Noureddine Morceli, the current king, was dropping to his knees, facing Mecca, murmuring his prayers. Bayi, who reigned briefly in 1975, was cooing to his fourth-born, one-year-old Cuthbert. John Walker, who dethroned Bayi and ruled until 1979, was sleeping like a stone.

Can you identify the fourteen (14) Mile world record holders at the gala pictured below? 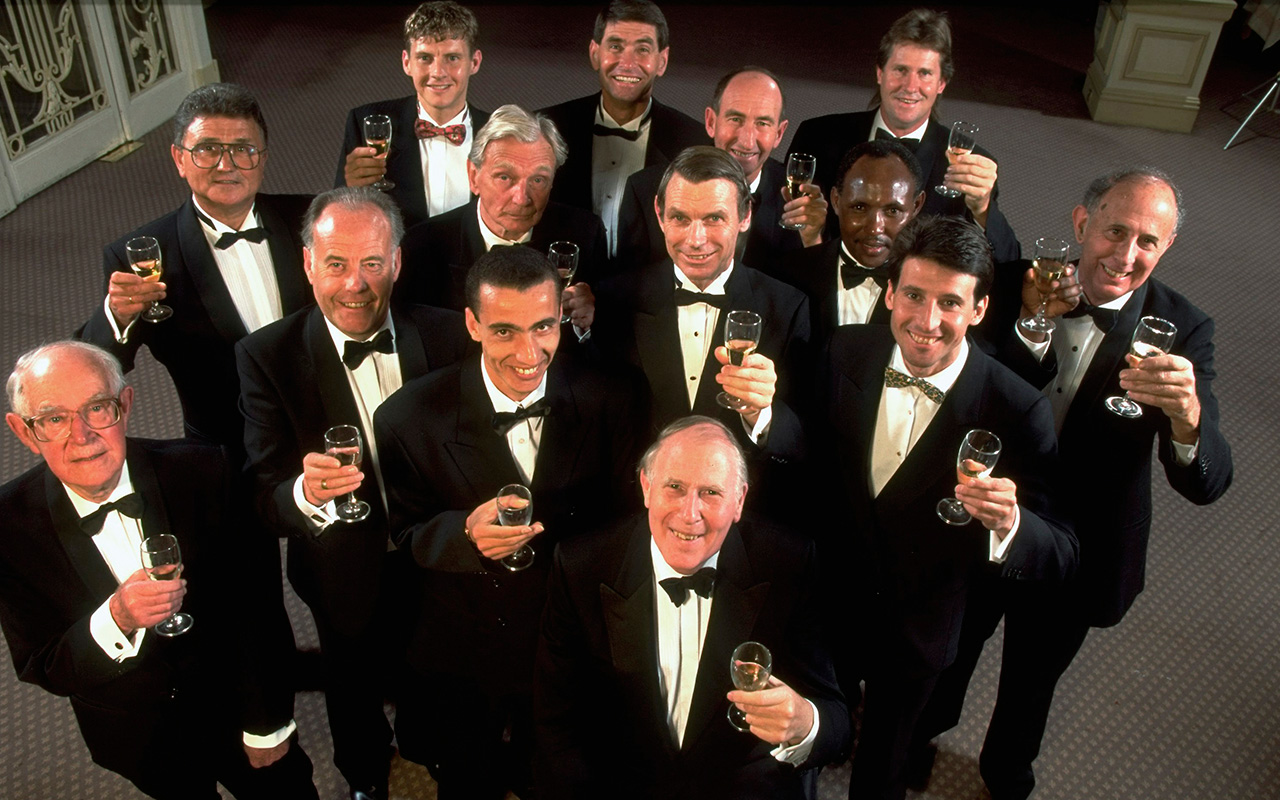