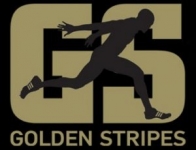 NEW YORK – (March 27, 2012) – Two-sport sprint star Marvin Bracy and milers Cami Chapus and Edward Cheserek, a trio of the top high-school athletes in the country, will be out to make history at the adidas Grand Prix on June 9, organizers and adidas have announced.

Bracy (Orlando, Fla.), one of the most exciting young American sprinters in years, will be chasing the U.S. high school record at 100 meters (10.01) in the Dream 100, seeking to become the first high-school athlete to go under 10 seconds, while Chapus (Los Angeles, Calif.) will be trying to break the national record of 4:35.1 in the Girls’ Dream Mile and Edward Cheserek (Newark, N.J.) will be vying to break four minutes in the Boys’ Dream Mile. If he succeeds, he will be just the sixth U.S. high-school runner in history to do so but the second in the last 12 months in the Dream Mile at this very meet, after Lukas Verzbicas ran 3:59.71 here last year.

In its eighth year as one of the premier track-and-field events in the world, the adidas Grand Prix, at Icahn Stadium on Randall’s Island, featuring dozens of Olympic medalists and World Champions, will again be the sixth stop on the international Samsung Diamond League circuit and is part of the Visa Championships Series. Tickets are now available by calling 1-877-849-8722.

Blake Haney (Bakersfield, Calif.) and Carrie Verdon (Moraga, Calif.), winners of the Boys’ and Girls’ Dream Miles at the adidas Meet of Champions at Azusa Pacific University in Azusa, Calif., last weekend, have also been invited to compete at the adidas Grand Prix provisional on posting qualifying times by June 4.

Bracy, the 2011 Pan Am Junior Games gold medalist, ran 6.08 seconds for 55 meters this winter to break the national high-school record, and his wind-aided 100-meter time of 10.05 is the second-fastest all-time under any conditions. A two-time Florida state champion at both 100 and 200 meters and a football All-American, the Boone High School senior is the defending Dream 100 champion. He has committed to Florida State University in both football and track.

A junior at St. Benedict’s Prep in nearby Newark, Cheserek is sure to be a crowd favorite in New York. They’ve already had a lot of practice cheering for him: Cheserek ran 4:03.29 in the 2011 Dream Mile to set a national sophomore record and 13:57 for 5000 meters at the 2012 Millrose Games to set the national high-school mark in that distance.  He is also the 2011 Foot Locker Cross Country champion and #2 on the all-time indoor 2 Mile list (4:02.21).

Fields for the Dream Mile and Dream 100 will be drawn from the winners of three qualifying meets in the adidas Golden Stripes series, as well as from at-large bids. The first meet, the adidas Meet of Champions, was held on March 24. Next up is the Kansas Relays in Lawrence, Kan., April 19-21, followed by the Golden South Classic in Orlando, Fla., on May 26. In addition to the opportunity to compete in a world-class international track event, athletes in the Dream Mile and Dream 100 will also have the chance to receive coaching from legendary athletes.

All of the latest news, photos and additional information on the adidas Grand Prix can be found at adidasgrandprix.com, the event’s pages on Facebook at facebook.com/adidasGrandPrix and on Twitter at twitter.com/adidasGrandPrix. When tweeting, use #agpny.

For even more coverage on the Dream Mile and Dream 100, visit www.adidasgoldenstripes.com.