“If the Dream Mile in New York has some magic in it, that event could be the tipping point.”

The Mile – that so very non-metric of track events – has become the hot topic of discussion and the must-see event at big meets this spring.

With Matthew Maton’s sub-4 last week now in the books (below), and loads of anticipation that Grant Fisher has one inside him as well, 2015 has turned into the Year of the Boys Mile.

This weekend marks the 50th anniversary of the only sub-4 minute Mile ever run at a state championship. Legend Jim Ryun ran 3:58.3 on May 15, 1965 all by himself at the Kansas state meet on the cinders at Wichita State University.

In the five decades that ensued the Mile in the U.S. went through its ups and downs. At the high school level most state associations abandoned the Mile in favor of the metric distances 1600 meters or 1500 meters by the early 1980s. Only Massachusetts today runs a full Mile (and 2 Mile) at its state championships. 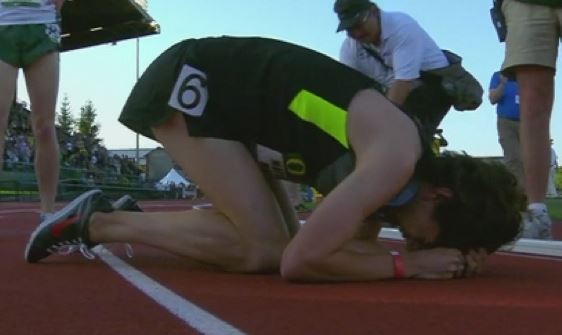 But there is an unmistakable resurgence happening. The drum beat coming from Bring Back the Mile, an organization launched in early 2012 to promote and preserve the Mile, has moved the needle on awareness.

The adidas Dream Mile in New York City, started in 2010 at the IAAF Diamond League meet, has captured the imaginations of the top high school runners in the country. This season, it seems, all of the top runners want to run a fast Mile time and qualify for the Dream Mile.