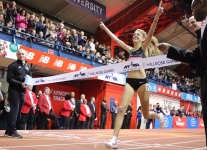 The signature event at the NYRR Millrose Games has taken place every year on the women’s side since 1976 and will be broadcast live nationally on NBC for the fourth consecutive year from 4:00-6:00pm ET, in addition to streamed live online on NBC Sports Gold.

Klosterhalfen led the NYRR Wanamaker Mile wire-to-wire last year, winning the race in 4:19.98 and breaking a 31-year-old German national record in the process. She went on to win a bronze medal over 5000 meters at the IAAF World Championships in Doha in October. The 22-year-old, who competed at the 2016 Rio Olympics, is the indoor German national record holder over the Mile, 1500 meters, 3000 meters and 5000 meters.

DeBues-Stafford is the Canadian record holder in the Mile, 1500 meters and 5000 meters, and finished sixth last year in the 1500 meters at the World Athletics Championships, smashing her own national record in the process. She represented her country at the 2016 Rio Olympics and the last two World Indoor Championships, and has won four consecutive national 1500m titles. 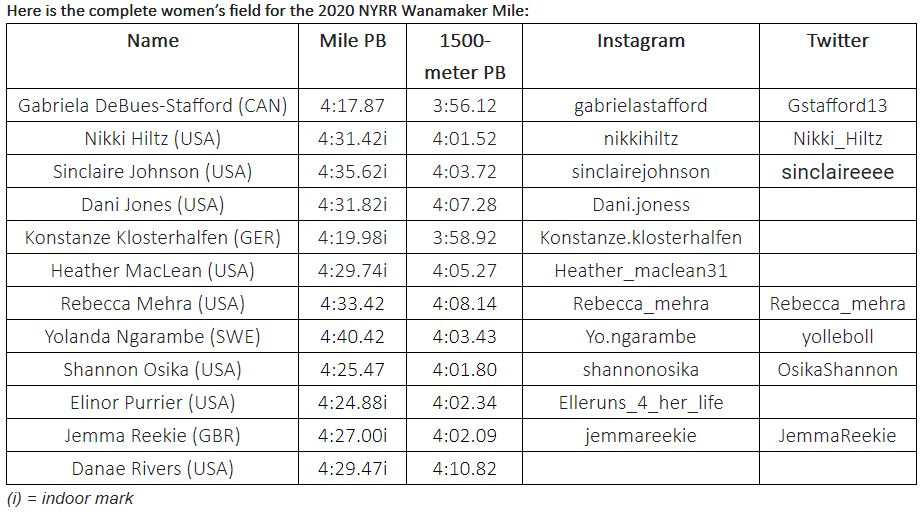