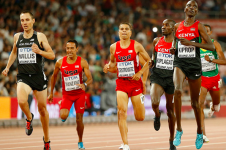 Americans Matthew Centrowitz, Leo Manzano, and Robby Andrews qualified in Friday’s semi-finals for the 1500-meter final at the IAAF World Championships in Beijing.

There were two heats, with the first five finishers from each, plus the next two fastest finishers, qualifying for the final. In the first heat, Centrowitz was trapped in the middle of the pack, but then found room to pass one runner on the inside and another just before the start of the last lap. “I call that ‘man leaving lane one open for me,’” he said. That good fortune allowed him to move into fourth, a position he held to the finish, which he reached in 3:43.97. 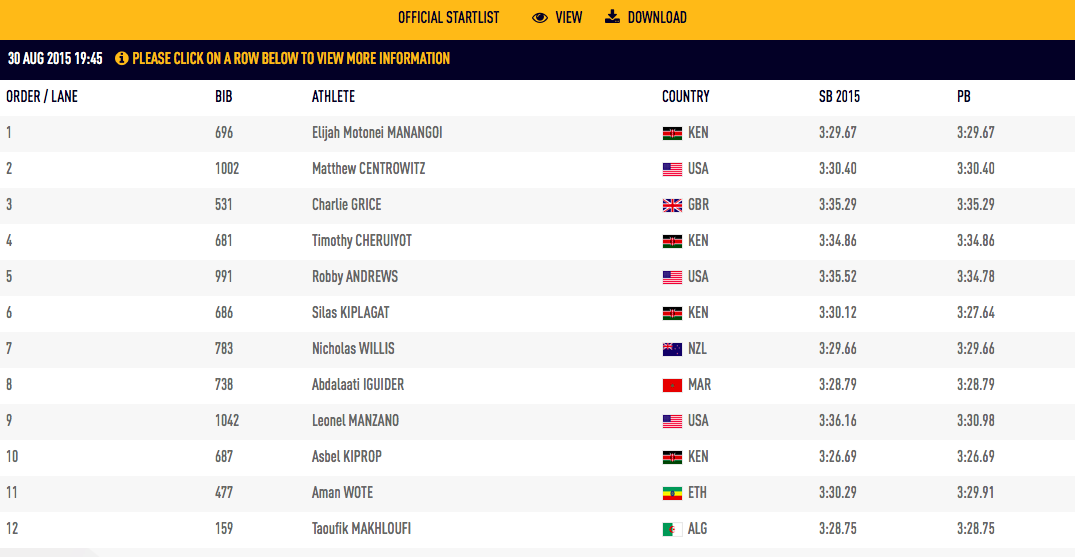