An Open Commentary to the Sport and Max Siegel, New USATF CEO 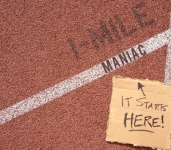 As a track & field fan, which I define by asking my family for tickets to the 2000 Olympic Trials for Christmas as an 18-year-old, trips to NCAA Conference Championships, a paying viewer of Diamond League meets on Universal Sports, and the countless hours reading Track & Field News, LetsRun.com and watching videos on FloTrack and RunnerSpace, I can’t help but leave one of the greatest events in my lifetime and feel deflated.

Last night I spent three hours in Los Angeles traffic, excited like a kid in a candy store. Stupid cars, get out of the way, I’m at least not going to miss the last heat of the steeplechase. And I didn’t get home till well past one in the morning. Why? Because the USATF Oxy High Performance Meet assembled one of the greatest four hours of distance running I’ve had the opportunity to witness. 18 U.S. Olympians, another eight Olympians from other countries (I’m sure I’m missing one or two), two World Champions, one Olympic Medalist, the list goes on and on. Racing at its finest, the quest for Olympic “A” Standards, a thunderous crowd, festive atmosphere with sponsor banners galore, surely all would be present.

OK, I’ll admit, going into it I knew what I was getting into. The meet itself was setup as a night of time trials. Am I still making the trip? Absolutely. But that’s part of the problem. In essence, Track & Field does not have track fans. It has a group of unapologetic masochists. We sit through heat after heat; long pauses between them; and all without, god forbid, a beer garden that is all too expected at any other professional sporting event, let alone one with the caliber of athletes present last night.

What about the professional athletes? Surely there would be nice pools of prize money to be awarded for top performances. Nothing. I saw nothing. Heck, the USA 1 Mile Road Championships the night before gave away $4000 to the winners and they didn’t even break 4 minutes (Men) or 4:30 (Women). Tenth place walked away with $50. With one World Champion present, let alone two, you could get at least a couple thousand dollars in sponsorship money just by throwing a rock at any window in downtown Glendale, not to mention the damage you could do from the downtown LA firms or agencies on Wilshire Boulevard.

Surely there would also be sponsors, news reporters from TV, radio and print, journalists from at least the Los Angeles Times. Again, nothing. I saw nothing. Worse, USATF.org didn’t even mention their own High Performance meet on its home page. Unbelievable and sad. What other sport would allow their top athletes to go without any press beyond the choir below?

Right now, everyone should send LetsRun.com, FloTrack, RunnerSpace and Track & Field News a $10 bill for the work they do to keep our sport alive (my money is in the mail fellas). Without their efforts, we wouldn’t know who our athletes are, be able to watch their races, listen to or read interviews and all the crazy distance running lifestyle stuff that comes with it.

Over the last week there has been internet discussion over how to help our sport or what’s wrong with it. Is Track & Field a dying sport (RunBlogRun.com / BBC)? Well, as a track fan who has trouble being a track fan at our meets, maybe it is. At least in its current dysfunctional form. Track & Field is a complicated sport for the average fan; lots of moving parts. But a night such as the Oxy High Performance Meet gives it a chance with four interconnected tweaks:

Put simply, let’s stop being masochists, let’s stop the madness, let’s see promotion as an investment not an expense and as important, let’s become fans again. If any of the above makes sense to you or you’re also feeling deflated let me know at david@bringbackthemile.com. Thank you for reading this far in my post-Oxy Meet commentary.