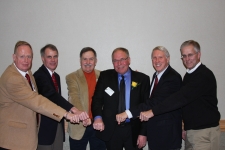 Rick Schnittker, a BBTM supporter and Bowling Green alum, was inducted into the Perrysburg Schools' Hall of Fame for his track exploits during 1967-70 track seasons. His school Mile record of 4:16.4, which had been forgotten in the switch to the 1600m, was reinstated by Thomas Hosler, Superintendent of the Perrysburg School District in Ohio, during the ceremony. The following is an excerpt of an interview with Hosler.

BBTM: Let's start with your track background. Did you run in high school and / or in college?

Thomas Hosler: I was a High School Track athlete and in college I did not run for the university that I attended. However, I ran marathons and was a road racer.

Yes, it happened before I was in High School, so we dealt with the residual from the conversion. Most of the records you would look at were taken down to reflect the current events. Some athletes had tremendous careers and were replaced by student-athletes in the new era who may have not made the board in the old system. There was always this discussion on who actually was the best distance runner.

One of the interestings was how many states, schools, etc. replaced records vs. adding to their record board. In Kansas' state meet record book, Jim Ryun isn't even a footnote. When you break it down school by school, there is a real problem of how many people may have been lost in the conversion. As some prep athletes have told us, they can't compare themselves to past Mile greats.

When you decided to not only induct Rick into the Hall of Fame, but to also bring back his Mile record, how did people receive it? Did people understand the history?

It was interesting because in that room you had some of Rick's Bowling Green teammates like 1972 Olympic 800 meter gold medalist Dave Wottle as well as another member of the community who was state track champion in the 1970s. You had people in the room who as they exited their careers the switch to the 1600m occurred and you also had current athletes who have only known the 1600m and the 3200m. The challenge of bridging the gap between the two is you don't want to necessarily discredit those past athletes; we have to acknowledge the fact that this is a part of our sport's heritage. It's certainly unique in the U.S. and we should do a better job of it. Before Rick was inducted people were also saying that we need to dig up the old 440yd record; we'll have to engage alumni and other community members since they are not readily available. If we're not careful we're going to lose that history and why this is important to do right now. 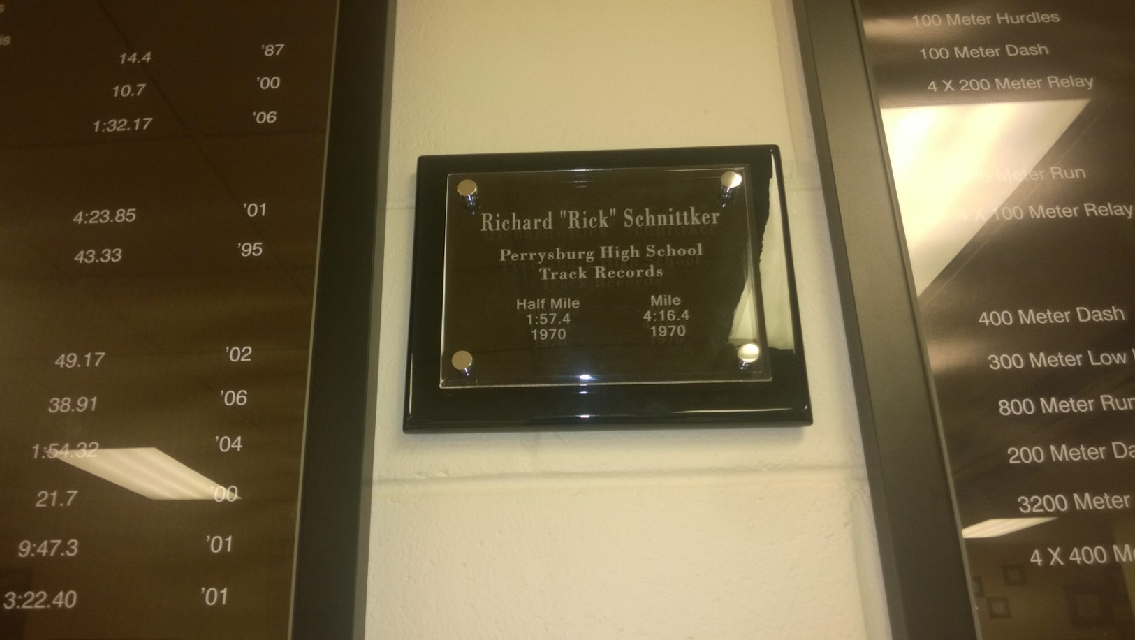 Most of today's High School athletes call themselves Milers, but some don't know the difference, but with record books especially it becomes a real issue in trying to compare oneself in a sport that prides itself in going down to the tenth or even hundredth of a second. It's especially hard when an athlete of the 1960s or 1970s might have run faster and farther in the Mile vs. a 1600m time like Jim Ryun's 3:58.3 at the Kansas State Meet.

Yes, it is a little blow to the ego at that point.

One of the things that I would like to see happen at our high school, which is scheduled to put in a new track next is to host a track invitational where we run the Mile. I think it would be a tip of the hat to our past Milers and I think it would be something that the current athletes would be excited about - being a part of a long tradition of Milers. There is something special about it; one of my favorite books, is The Perfect Mile. There is just something magical about it going all the way back to Bannister.

What you guys did there for Rick and his Mile record is really great and a invitational with a Mile would be a great extension of promoting this history.

Rick is a very deserving and humble guy. We made a special plaque that we've hung underneath the current records (pictured above). Once we have the new track, we'll get the Mile mark striped and have a special ceremony with the guys from his era. I'll look forward to that moment.

Thank you for your time and sharing this story. 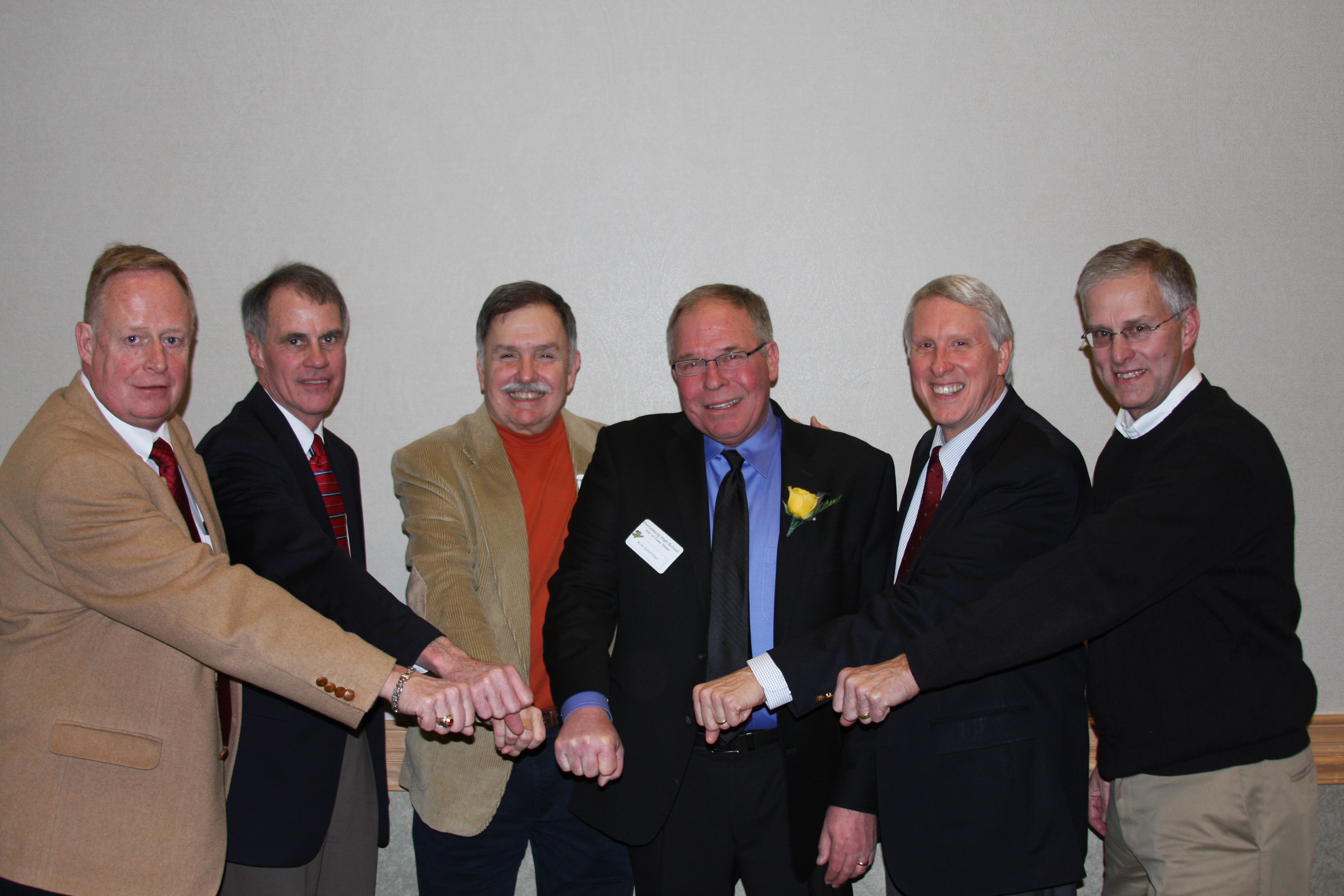