Only U.S. state to still embrace and keep the Mile at high school level including at its State Meet; "The Mile is part of who we are.”

By Duncan Larkin, Bring Back the Mile

Ever since that first historical “shot heard around the world” at the Battle of Lexington in 1775, the state of Massachusetts has prided itself on a strong and proud tradition of rebellion.

Things are no different today with running. Take, for example, the Boston Marathon, an event that has always been run on Patriots’ Day. While most marathon courses evolve over time to accommodate traffic or popular opinion, Boston’s has remained fixed for well over one hundred years.

Take also for instance, the Mile and 2-Mile events at the high school level. Massachusetts is only state that still runs the Mile event at its State Meet (as opposed to the 1600m or in a handful of states, the 1500m). In fact, Massachusetts also continues to host the 2-Mile as well, making them especially unique. 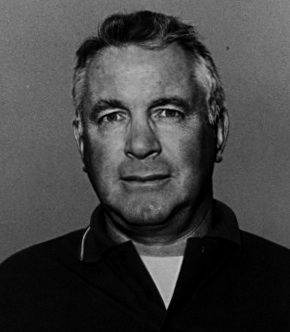 According to Frank Mooney, the executive director of the Massachusetts Track Coaches Association, the reason for sticking with these events is simple: tradition. Back in the mid-1970s when the United States was bending to external and internal pressures to convert to metric, causing high schools to abandon the Mile, Mooney’s predecessor, the late Bob McIntyre (right), decided his state was going to stick with it.

“He was very much an old-fashioned kind of guy,” Mooney says. “He was a staunch traditionalist and wanted the Mile to stay, because it was, you know, THE MILE.”

Convinced he was right, McIntyre took his proposal before the sports governing body in the state, the Massachusetts Interscholastic Athletic Association (MIAA). After hearing McIntyre’s proposal, the board of directors approved it and agreed that the state would go metric in all distances except for the Mile and 2-Mile with the caveat that things may change down the road.

In fact, Mooney admits there is currently no pressure at all to switch distances.

This indeed appears to be true. In the years that he’s served as the board’s executive director, Mooney has never received a complaint or letter requesting a move.

“We’ve gotten nothing on the subject,” he admits. “Not even a whisper at a track meet or anything.”

By bucking the nationwide trend amongst high schools, it would seem normal for to Massachusetts to receive pressures from other New England states to switch to metric. Mooney concedes this does happen “occasionally” during the indoor and outdoor New England State Championships meets.

Since Massachusetts hosts the indoor New England meets and puts on the Mile and 2-Mile races at these events, Mooney says that the other states “just go along with it.” For seeding purposes in these meets, officials use a conversion sheet to rank athletes who run the 1500 / 1600m and 3000 / 3200m in their state.

“The absolute highlight of any distance running kid is the Millrose Mile or the Mile at the New Balance Indoor Grand Prix,” says Mooney who has been coaching for over 40 years. “Kids look to that and aim for it. They still think the Mile is a prestigious event. If you can get into one of those meets, you are considered one of the best distance kids in the State of Massachusetts.”

Chris Lane, the president of the Massachusetts Track & Field Officials Association best summarizes the state’s sentiments concerning the event: “We run the Mile for one reason: Because that is what the people want.”

Bring Back the Mile salutes Massachusetts for their wisdom and thanks them for continuing to be smart American rebels. State Mile guide HERE.