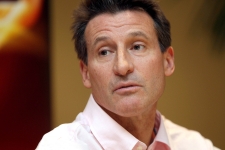 LONDON — If not for a late surge and a perfectly pitched speech in Singapore seven years ago, Sebastian Coe would never have been sitting where he was on Tuesday night, perched in a new Olympic Stadium, next to one of his role models, Roger Bannister, with the moveable feast of a 1500 meter final unfolding below.

The Olympics — for all the warts and growing pains — remain inspirational on many levels, but what was most striking as the distance-running legends Coe and Bannister took in the spectacle was to consider how much change, how much energy can be unleashed from a process that begins with the decisions and maneuvers of so few.