Matthew Centrowitz sharpens his focus as the USATF Championships approach 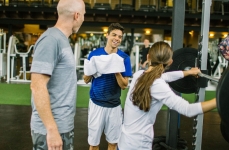 "I have silver and bronze, at this point," Centrowitz said. "I don't think it's arrogant for me to say that's the goal in the back of my head."

The big goal this year for Matthew Centrowitz is to stay focused.

He didn't win. But it's not his event, and world record-holder David Rudisha was in the field.

The key here is that Centrowitz gave maximum effort and cracked 1:45 for the first time, signaling his readiness for next week's USATF Championships at Hayward Field in Eugene.

That was the kind of all-in, always-on attitude the Oregon Project coaches have been asking from him.