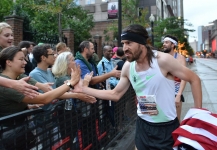 The race will start at 8:00am with a family-friendly Fun Run & Walk, the first of 12 total heats. The top five female finishers and top five male finishers in each of the age groups will receive Potomac River Running Store gift cards, while Elite Male and Female runners and the top three Sea Cadet teams will receive cash prizes, including an overall $15,000 Open prize purse. Mile legend, three-time Olympian and former Congressman Jim Ryun will be on hand to present awards to the winners.

For a complete list of the elite athlete field, go to The Navy Mile Pick-the-Winner contest page HERE.

The Navy Mile is only half the fun, as it will be accompanied on the Navy Memorial Plaza by an Expo that begins after the initial heats Sunday morning. The Expo will feature a full slate of activit

ies, including a Push Up Challenge fundraiser for the Navy Safe Harbor Foundation, performances by the U.S. Navy Band, Teddy from the Washington Nationals Racing Presidents and the Navy Ceremonial Guard. As with the run itself, the Expo is family-friendly and open to all.

For more information, visit NavyMile.com, and race day registration will also be available, beginning at 7:00am at the U.S. Navy Memorial, 700 Pennsylvania Avenue NW, Washington, DC. 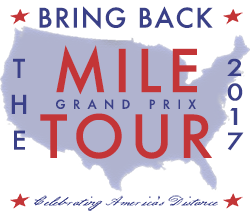