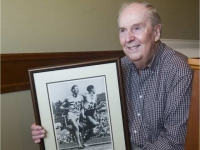 Vancouver Sun photographer has died at age 89: “He wasn’t sure when he took that photograph if he’d gotten it or not.”

Charlie Warner wasn’t scheduled to work that Saturday afternoon, but he went to Empire Stadium anyway to shoot what’s come to be known as the Miracle Mile.

In its first issue, Sports Illustrated would call the race the “most widely heralded and universally contemplated foot race of all-time,” and Warner captured its most telling moment.

England’s Roger Bannister and Australia’s John Landy had each broken the almost-mythical 4 minute barrier for the Mile and were meeting for the first time head-to-head at the British Empire & Commonwealth Games in Vancouver. There were 35,000 people in the stands and it seemed like just as many photographers waiting at the finish line, so Warner staked out a spot near the final turn.

“I thought (the finish line) was no good because it was a madhouse,” Warner told Vancouver Sun reporter John Mackie in 2014, “so I sauntered up the track to the last turn, found a spot by myself and waited there.”

All by himself, sitting on the grass.

“He thought maybe someone would fall or something,” Ralph Bower, Warner’s longtime colleague and friend, said. “No one thought you could get a shot like that.

“I never saw a better sports photo in my 40 years at The Vancouver Sun.” 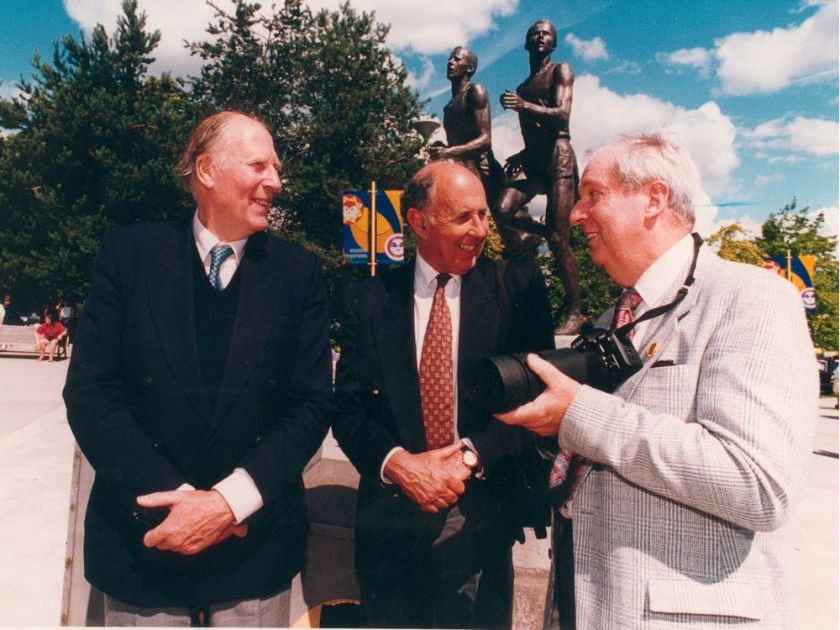