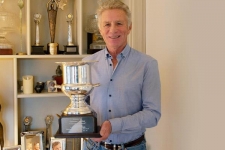 The Chairman of the Boards: "I’m really pleased to make this donation of one of my Wanamaker trophies and my record-breaking spikes to the World Athletics Heritage Collection. I hope when publicly displayed they help boost interest in running.”

By Chris Turner for World Athletics

Despite a distinguished record in outdoor track races at 1500m and 5000m, which as well as his 1983 world title included victory at the 1981 IAAF World Cup of Athletics and two fourth places at the Olympic Games, Eamonn Coghlan is best known for his exploits on indoor tracks.

A seven-time winner of the iconic Wanamaker Mile at New York’s world famous Millrose Games, Coghlan was nicknamed ‘The Chairman of the Boards’ thanks to the tight banked wooden boarded track in Madison Square Garden, which hosted those memorable victories. During his indoor career, Coghlan won the 1979 European 1500m gold and set three world indoor bests for the Mile. The last of these, run on February 27, 1983 in the Meadowland Arena, East Rutherford, New Jersey became the first officially ratified indoor Mile world record (3:49.78).

Ahead of this weekend’s 113th Millrose Games on Saturday, February 8, Coghlan has presented the World Athletics Heritage Collection with one of the Wanamaker Mile trophies that he received to commemorate his victories in 1977, 1979-81, 1983, 1985 and 1987.

Coghlan has also donated the light green spikes which he wore when setting the world indoor Mile best (3:52.6) in San Diego on February 16, 1979, a spectacular performance which put Coghlan on the front cover of Sports Illustrated magazine. 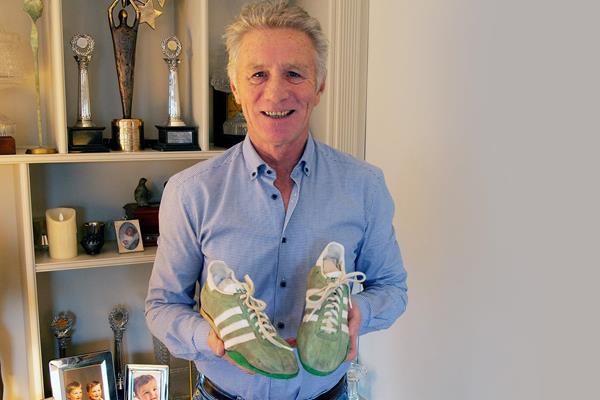 NOTE: On November 21, 2019, World Athletics President Sebastian Coe announced that the Millrose Games, which began in 1908 and is the world’s oldest invitational indoor track & field meet, had been awarded the World Athletics Heritage Plaque.

The unveiling ceremony for the plaque, which will include a video message from Coe, takes place on Saturday, February 8 at this year’s edition of the Millrose Games which since 2012 has been located at The Armory, Fort Washington Avenue, New York.