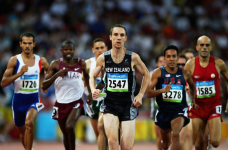 This year's Olympic Games have not even started, but Nick Willis can already see himself kicking on to the 2020 Tokyo Olympics.

Two years ago, he would have said this year's Rio Olympics would have been his last tilt at Olympic gold, but things have changed.