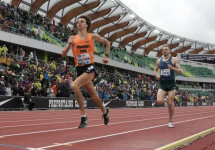 “I gave it all I had... It was definitely a great experience. I raced against the best in the world and I ran 3:56. I can’t be disappointed with that.”

He was seeded last, spent nearly the entire race trailing the world class field and it was all captured live on network television.

Nearly everything about Colin Sahlman debut on the world stage Saturday afternoon was new to the “high schooler,” as the NBC broadcast referred to him.

“It was a different experience from what I’m used to,” Sahlman said, “but I feel like handled I well.”

The Newbury Park High senior did not leave the Prefontaine Classic at the University of Oregon’s Hayward Field without a victory of sorts.

Sahlman ran a personal record time of 3 minutes, 56.24 seconds in the Bowerman Mile and he did not finish last, passing 2016 Olympic bronze medalist and former U.S. champion Clayton Murphy at the finish.

“It’s a pretty cool feeling to say that I beat an Olympian and a U.S. champion as a high schooler,” Sahlman said.

Jakob Ingebrigtsen, the reigning Olympic gold medalist, won the race in 3:49.76. World champion Timothy Cheruiyot, the silver medalist in Tokyo, was third in 3:50.77.

NBC’s cameras caught Sahlman and Ingebrigtsen shaking hands on the track after the race.

He then found some shade to sit down and “throw up a little.” 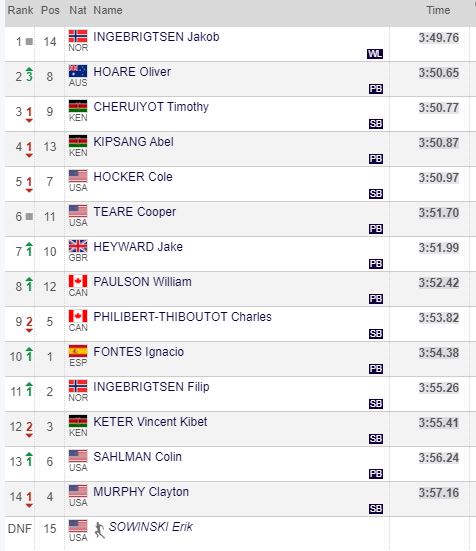