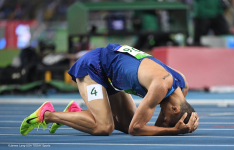 Time or tactics? Based on recent conversation on our Message Board, there are still those who think that Matthew Centrowitz’s 2016 Rio 1500 win was a rather feeble performance, based on how slow it was. I, on the other hand, rate it as the second-best Olympic men’s 1500 I’ve seen in my 50-plus years at TFN.

What a masterful display of tactical running it was! One of those races where — for me at least — the clock was completely irrelevant as Centro outthought a high-powered field in the beginning and outraced them at the end. The fact that his winning time was the slowest since 1932 is irrelevant; it was racing entertainment at its finest.

So which of the 12 Games 1500s I’ve seen since starting at the magazine was more entertaining than Centro’s? That would have to be Hicham El Guerrouj vs. Bernard Lagat, Athens 2004. I wasn’t in the announcing booth at that point, and was standing about 20 rows from the track about 50 meters from the finish. The perfect vantage point as the two superstars went at it, hammer & tongs, up the final straight. One of the great finishing duels of all-time, in any event at any meet.

But the bottom line is that there are no bad Olympic 1500s; some are just greater than others. To illustrate what I mean, what follows, chronologically, are the opening sentences of each of the dozen men’s 1500s during my magazine career, with the author’s name, as they appeared in our Olympic Editions:

1972 Munich — Pekka Vasala 3:36.33
Bearded, golden-haired Pekka Vasala, one of the new breed of fast-finishing Finns, overpowered defending champion Kip Keino to win the Olympic 1500. The 24-year-old Vasala, far from a favorite last spring and not at all confident of his ability to run well on the third day of 1500s, thus ran his way to instant greatness with the speediest last 800 ever… /Cordner Nelson/

1976 Montreal — John Walker 3:39.17
Muscular John Walker of New Zealand, fastest Miler of all-time, won the slowest Olympic 1500 in 20 years. His 3:39.2, probably the most disappointing mark in the beautiful Stade Olympique, was the result of three factors… /Cordner Nelson/

1980 Moscow — Seb Coe 3:38.40
This was to be a classic duel, the greatest 1500 ever run, between the two fastest runners of all-time. But Sebastian Coe, not quite 24-years-old, had proved himself to be, at best, an inept tactician in the 800 and, quite possibly, not in the condition he was when he set his 4 World Records… /Cordner Nelson/

1984 Los Angeles — Seb Coe 3:32.53 OR
Recipe for a great champion: 1) Into a large bowl filled with 92,000 howling spectators and spiced with all the importance of the Olympics and the attention of the most TV viewers in history, place the fastest batch of Milers ever assembled; 2) Filter out any obviously defunct ingredients… /Cordner Nelson/

1988 Seoul — Peter Rono 3:35.96
Riddle: For Pete’s sake, how could attrition mean three medals? Attrition destroyed what should have been the greatest 1500 field in history: world champion Abdi Bile broke his leg; WR holder Saïd Aouita aggravated a hamstring in a foolhardy attempt to win the 800; Mile WR holder Steve Cram suffered from a leg injury which saw him helplessly eliminated in a weak 800 performance; The Brits shot themselves in the foot by not selecting Seb Coe… /Cordner Nelson/

1992 Barcelona — Fermín Cacho 3:40.12
The victory of wildly popular Fermín Cacho was not really a generous gift for his own achievement and the glory of Spain. It only looked that way. To begin with, the field was so decimated by injuries and accidents as to become the weakest of the men’s events, with a crop of young runners taking over… /Cordner Nelson/ 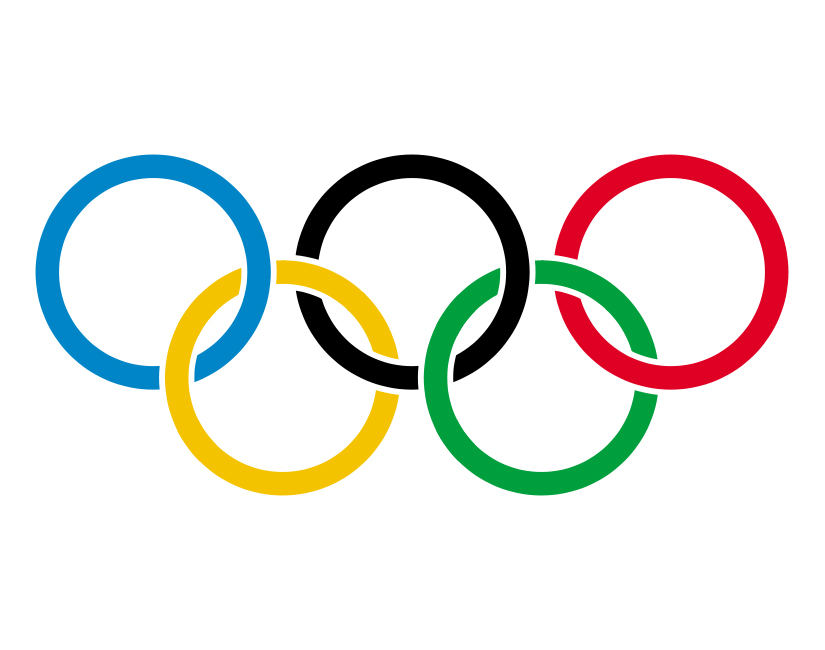