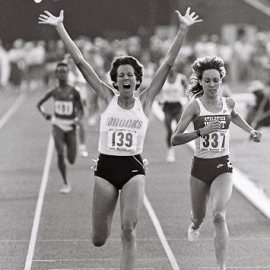 So did Ted Runner.

Brooks, who spent years as...

Ruth Wysocki was a member of the 1984 United States Olympic team which competed in Los Angeles in the 800...