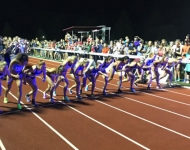 RALEIGH, N.C. – For the second year in a row, the Sir Walter Miler Women’s race was decided by a sprint down the home stretch. The race started out with Sara Vaughn going to the front quickly. Over the first lap she tucked in as the sole woman to go with the pacer. Over the next two laps, the rest of the field caught up to the leading pair, paving the way for Charlene Lipsey to make a move down the final straightaway for not only the win, but her first time under 4:30. “I honestly wasn’t sure if I’d broken 4:30 when I finished … I don’t think I would have done it if the crowd wasn’t screaming so loud,” commented Lipsey following her breakthrough. Lipsey made clear that she would love to come back to Sir Walter and the electricity supplied by the fans on the track is a big reason for that. Following Lipsey’s 4:27.28, in 4:27.31 was Vaughn – also breaking 4:30 for the firs time – who nearly stole a win with a lean at the tape. Cory McGee took third for the women, following closely in 4:27.78. 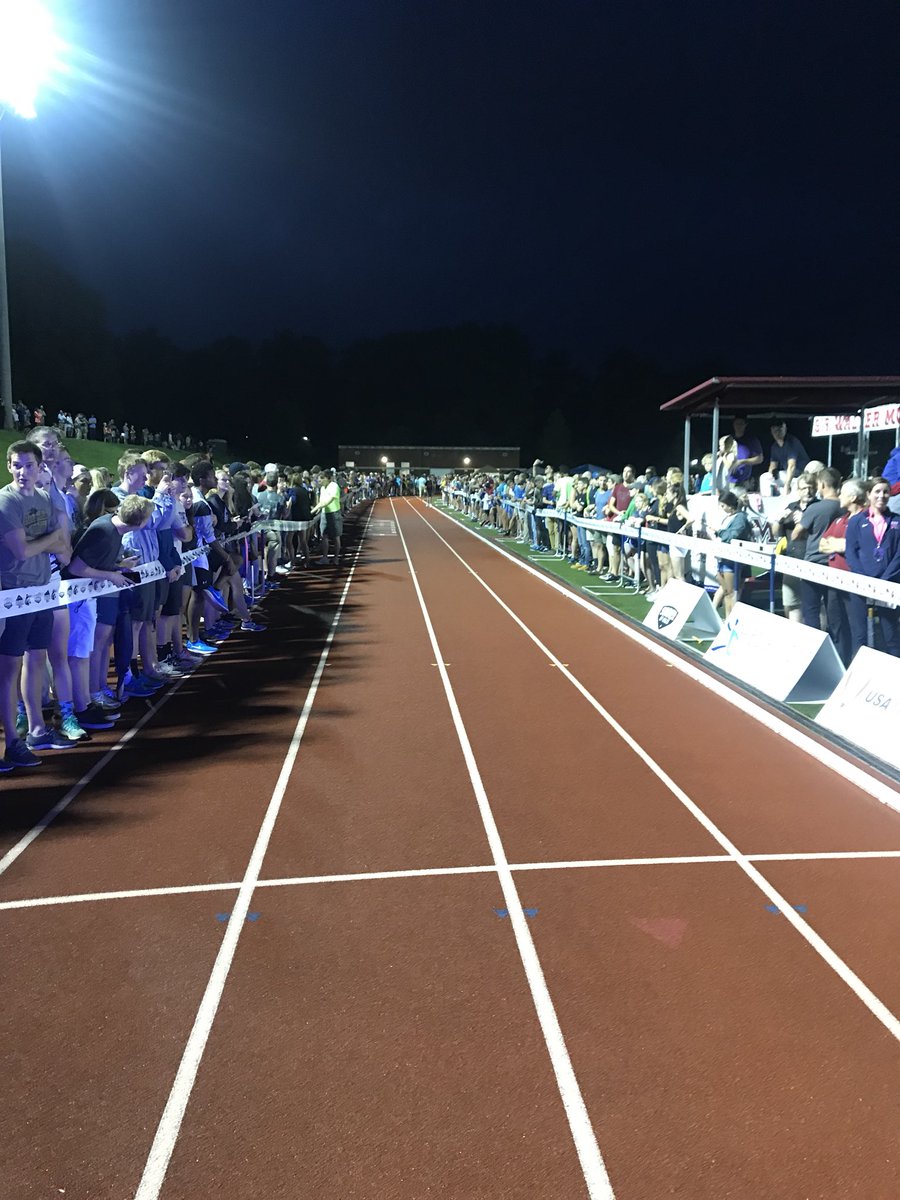 The Men’s race was destined for records, and Charlie Marquardt’s yell summed it up. The men wanted the pacer to take them through fast splits, and that Jesse Garn did. The result was thirteen men under the 4-minute barrier, highlighted by Lopez Lomong’s meet record 3:53.86. Lomong was followed by Johnny Gregorek and Sam Prakel – debuting his adidas kit – in 3:54.54 and 3:54.64, respectively. “I held good position and was able to take advantage of it,” says Lomong, who also noted how near he came to the North Carolina state record (he missed it by 0.03) and his hopes to be able to break that record himself. “Next time,” said the newly minted Sir Walter Champion. Breaking 4 for the first time ever, and by wide margins, were Marquardt and Jacob Thomson. The pair threw down times of 3:55.97 and 3:57.07 respectively becoming the 10th and 11th first time sub-4 milers in Sir Walter history. Sir Walter Miler has now 39 sub-4 minute miles since its founding five years ago, after none in Raleigh since 1974.

The night started with the Run Club Miler and Relays. First up in the Mile, Matthew Staehle took the overall win and Kristin Andrews took the women’s win in 4:27.70 and 4:48.92, respectively. In the team relay, the Bond Brothers Run Club team combined to break four, on their way to a win in 3:59.45. They were followed by Trophy Run Club and Carolina Godiva Track Club to round out the podium.

On Saturday Morning, the “Rise and Run with the Pros” at Umstead Park will allow anyone to run a few miles with the Elite Athletes featured in the Sir Walter Miler. The event is free and Rise Cameron Village will be providing complimentary Coffee, Biscuits, and Donuts, and ElliptiGO will be offering demo rides. Rounding out the weekend is the “Sir Walter Extra Miler” Saturday afternoon at Tasty Beverage Co. This event will feature the “Run for El Dorado” Pale Ale, as well as other Wicked Weed offerings, and $1 per pint sold will go towards the Kay Yow Cancer Fund. More information on these events can be found at SirWalterMiler.com

The Sir Walter Miler is directed and promoted by Sir Walter Running, a Raleigh-based 501(c)(3) nonprofit organization whose mission is to “bring the Greater Raleigh running community together through innovation, activation, and inclusivity.” Sir Walter Running is a USATF club that also produces the Pop Up Miles series, the Raleigh RunDown Downhill Mile, the Rocket Mile, Pop Up Cross Country at Dix Park, a series of Strava Challenges, including the recent Tour de Walter, the Summer of Miles podcast and the post-run brand.