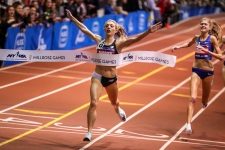 “I was just focused on competing, I wasn’t really listening to the splits at all. Honestly, I’m just trying to soak it in. It hasn’t really hit me yet,” said the shocked Purrier, 24, now the second fastest woman all-time indoors and second fastest American woman ever in the Mile (Slaney holds the U.S. outdoor record of 4:16.71).

In the men’s NYRR Wanamaker Mile, Chris O’Hare of Great Britain captured the crown for the second time in three years, breaking the beam in 3:55.61, followed by Oliver Hoare of Australia and American Rob Napolitano in 3:56.47 and 3:56.56, respectively. Overall, ten men ran the benchmark sub-4 standard (see results below).

“I knew Filip (Ingebrigsten) would be in the front and be super strong, super confident, so I knew he would be the one taking it and he was the one I was going to have to beat from the bell. I felt ready,” said O’Hare, 29, who also won the iconic race in 2018.

For complete results, go to: results.nyrrmillrosegames.org 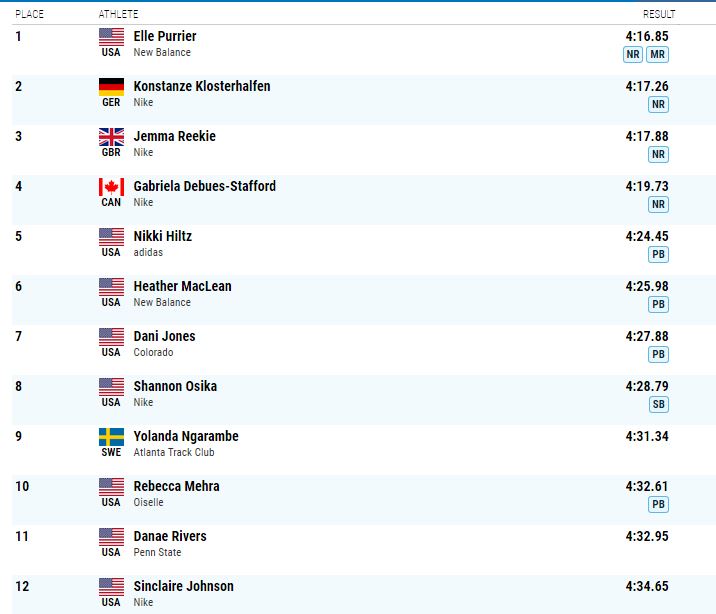 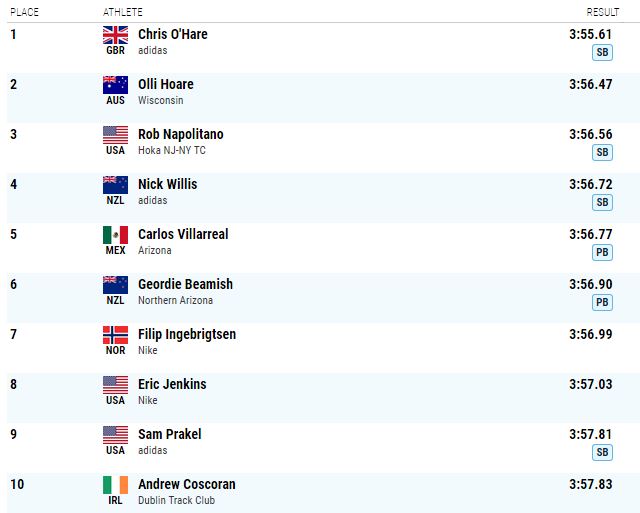