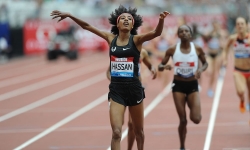 The final race on the second day of the Müller Anniversary Games on Sunday in London was the Millicent Fawcett Women’s Mile which was built around Laura Muir’s British record attempt.

In a race which saw her European rival Sifan Hassan go third on the world all-time list as well as highly impressive Dutch and Diamond League record of 4:14.71, an out of sorts Muir finished fifth in 4:19.28 as the top three all went under 4:17 and the top nine under 4:21.

At this stage Muir was struggling to hold that pace (2:08.0) but was effectively operating as a pacemaker for her major rivals – Hassan, world 5000m champion and defending champion Hellen Obiri, who beat her in this race last year, and world 1500m champion Jenny Simpson.

“It’s unbelievable how fast I ran today,” said a delighted Hassan. “I have the endurance and speed but don’t normally have the last kick and today I did. Luckily I’m able to say I have the meeting record and Diamond League record today but it will be incredible to see how fast I can actually run in the future. I wanted to double up in the 1500m and 5000m at the European Championships but I think that’s out of the question given the timetable.” 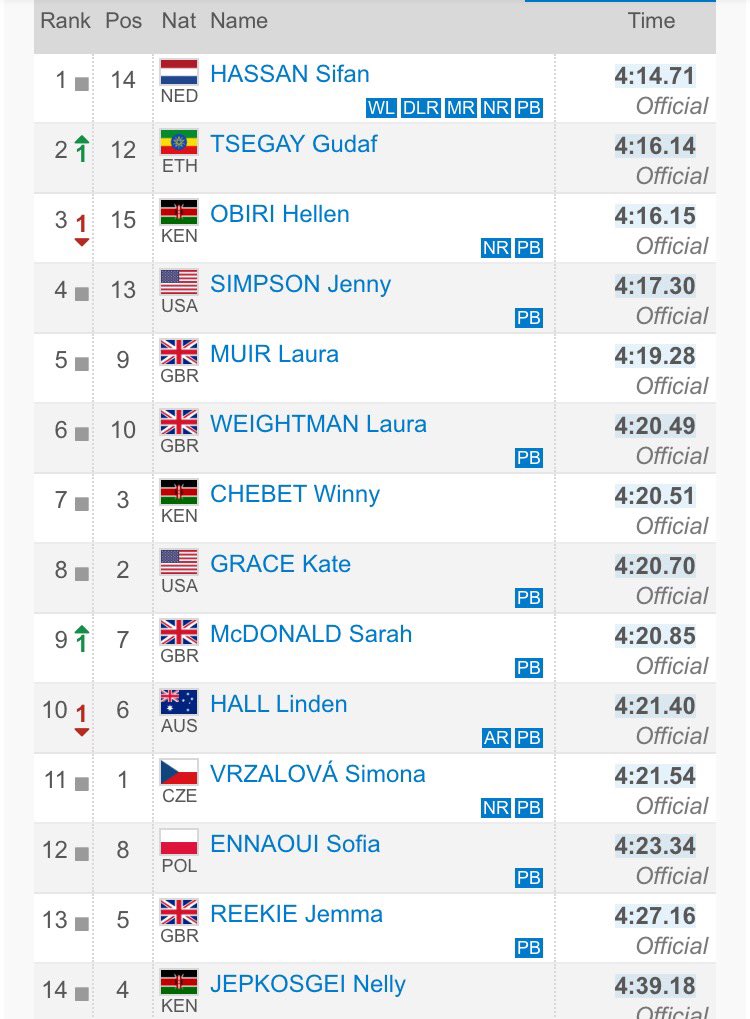