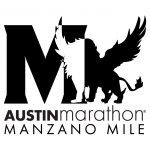 AUSTIN, Texas - High Five Events, one of the largest privately owned event production companies in the United States, introduces the Manzano Mile, set to take place on Saturday, February 17, during Austin Marathon weekend. The addition of the Manzano Mile adds more excitement to an already packed race weekend that features the Austin Marathon, Half Marathon and 5K.

The Mile road race, a BBTM Featured Event, will begin at 11:00am and take place entirely on Riverside Drive next to the Health & Fitness Expo at Palmer Events Center. Participants will receive a bib and a Manzano Mile race shirt. Packet pick up will take place on-site and begin Saturday at 9:00am. Registration is $25 for the timed Mile, $20 for the untimed Mile and $10 for children. All prices will increase by $5 after Thursday, February 1, 2018. Participants can register for the Manzano Mile on the Austin Marathon website.

"The Manzano Mile is a special race and I’m excited to share my love of running with the world through the Austin Marathon,” said Leo Manzano, Austinite and two-time Olympian. “It’s an honor to have this Mile race incorporated into race weekend for all to enjoy!”

The top three finishers will receive awards based on the following male and female age groups: 19 & under, 20-29, 30-39, Masters (40-49) and Grand Masters (50-plus). Waves will run approximately every 15 minutes. The Manzano Mile will conclude with the Future Milers of America Kids Run and an untimed Mile that’s perfect for the entire family to complete together. Official heat times will be announced closer to race day.

“The Manzano Mile embodies Leo’s commitment to the community and we’re thrilled to include it the day before the 2018 Austin Marathon,” said Jack Murray, co-owner of High Five Events. “The expansion of race weekend gives the Marathon, Half Marathon and 5K participants an opportunity to cheer for the Milers or complete the Manzano Mile with their family.”

The Austin Marathon will celebrate its 27th year running in the capital of Texas on February 18, 2018. Austin’s flagship running event annually attracts runners from all 50 states and 20-plus countries around the world. Having start and finish locations just a few blocks apart, being within walking distance of many downtown hotels and restaurants, and finishing in front of the picturesque Texas State Capitol makes the Austin Marathon the perfect running weekend destination. Registration is available for the Marathon, Half Marathon and 5K.

The highly decorated Manzano is a four-time USA Champion, seven-time Team USA member, two-time Olympian and silver medalist in the 1500m at the 2012 London Olympic Games, the first medal for USA in the metric Mile since 1968. Manzano attended Marble Falls High School where he was a nine-time Texas 4A State champion in track and cross country. Manzano, who attended The University of Texas, also won five NCAA titles and was a nine-time All-American.