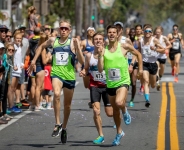 “Our 19th edition drew 1,200 entrants and produced moments of pure joy and happiness for adults, kids and dogs,” said race director Megan Rheinschild. “A huge thank you to all our sponsors, our volunteers, city officials and everybody who made this annual community event another great success.”

In the men’s HOKA ONE ONE Elite Mile, a large contingent ran together throughout most of the race, hitting the halfway point in 1:58. In the final 400 meters, Reid Buchanan of Mammoth Lakes and Craig Lutz of Santa Barbara pushed hard to the line with Clark right behind. With a final burst of speed, Clark, 23, broke the tape in 3:54, followed closely by Buchanan and Lutz, also timed in 3:54.

“I came into the race to break 4 minutes for the first time, and I waited until the end and kicked hard in the final 50 meters. In my first road race ever, it was an awesome experience to win in such a great atmosphere,” said Clark, a Dartmouth graduate, who also ran cross country at Oregon last fall. 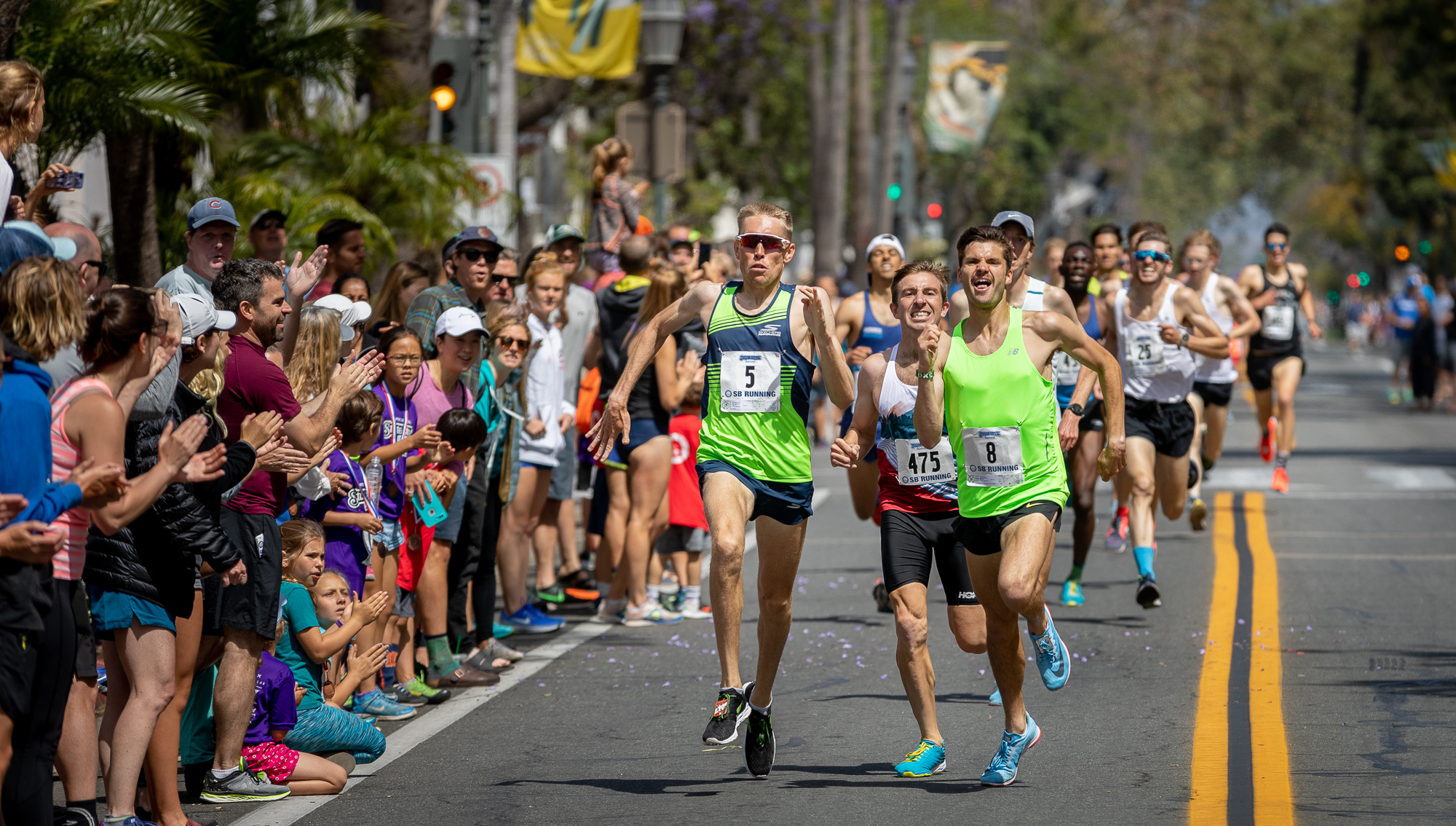 An event record 11 men went under the benchmark 4 minute standard (previous mark was 8 sub-4 last year). In addition, Neville Davey, 43, Palo Alto, Calif. ran 4:00 to equal the Masters (40 & older) course record that he set last year, and overall, the native of Ireland finished 14th in the Open field of 26.

The women’s HOKA ONE ONE Elite race featured a trio – two-time Olympian Kim Conley (returning to racing from injury), Maya Weigel of Los Altos, Calif. and van der Wyk – contending for the race crown. Conley, who lives in West Sacramento, made a strong surge with 300 meters that van der Wyk answered, and in the final stretch, van der Wyk, 26, passed Conley for the victory in 4:29. Conley finished runner-up, one second back, with Weigel taking third in 4:33.

“My plan was to move at the last possible moment. I heard her coach say ‘Go’ at 300 meters and I followed Kim’s move, saving something for a final sprint,” said van der Wyk who also won the race in 2015.

The Amputee Mile presented by Achilles Prosthetics & Orthotics was won again by Andre Barbieri, 37, of Santa Barbara in 6:22.

At the always crowd-favorite Platinum Performance Dog Mile, the world championship, Geoffrey Gray & Hank (white Labrador) defended their title in 4:25 (the dynamic duo also won the race in 2014), while the female human-dog champions were Michelle Duff & Kaydom (Weimaraner), 5:28; both canines are also rescue dogs. Kaydom also won the 2016 race with Michelle’s husband Brian (see above) with the pair recording a hard-to-believe 4:13, the fastest known human-dog Mile race performance ever. 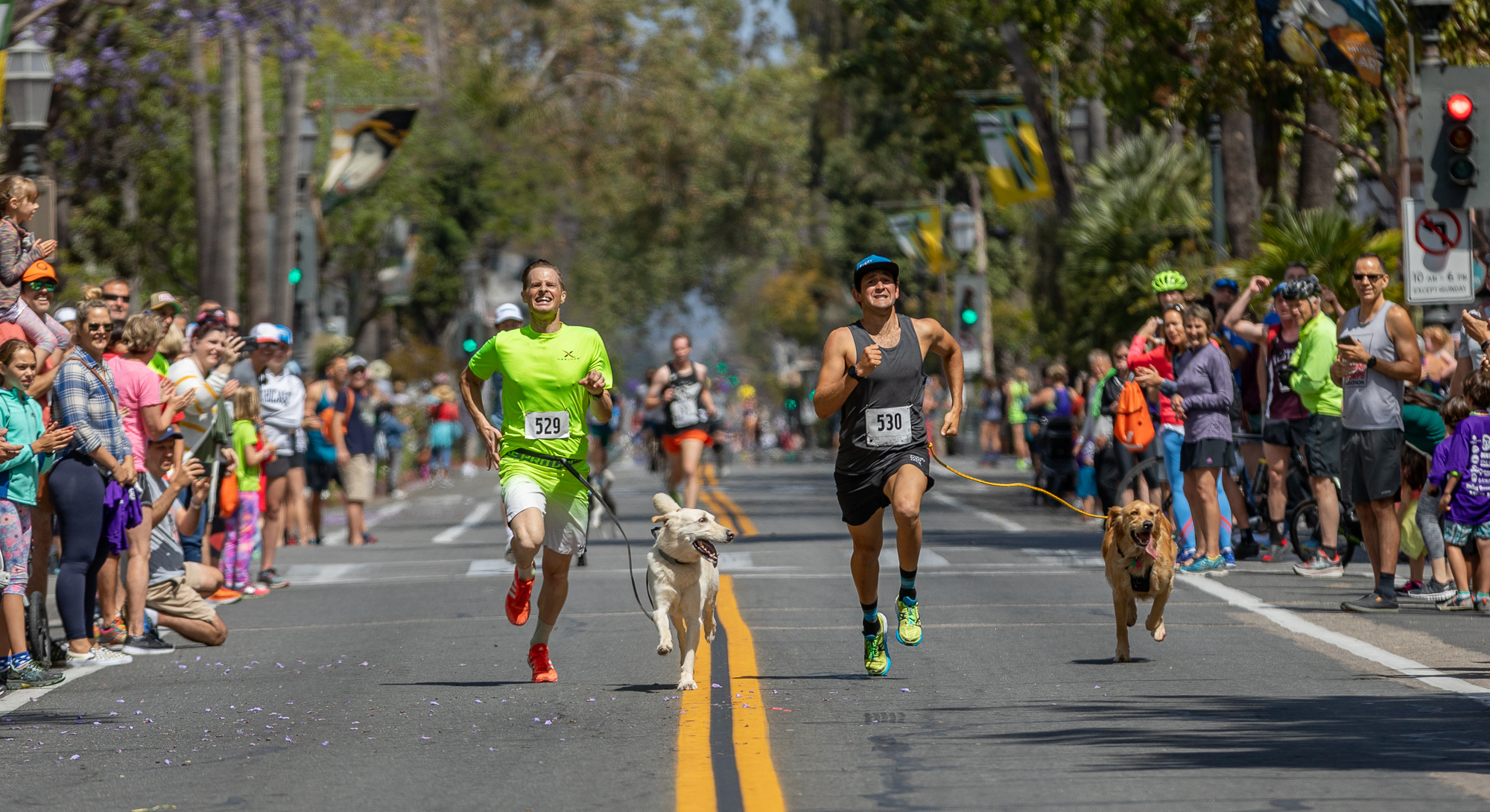 A guaranteed Open prize purse of $5000 was awarded plus $1000 for a course record and a $100 Masters-only race course record.

Us ��s never back down from a challenge & #rabbitELITE @DNest11 is proof: after pulling out of the #rabbit5000 w/ an injury, he bounced back @HOKAONEONE & @themile’s #StateStreetMile, leading the elite field until 200m to go, holding on for a sub4, top 10 finish! #runinrabbit �� pic.twitter.com/gYlK0BEXWl