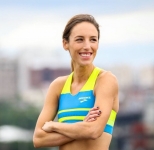 Seattle-based Brooks Running, also known as Brooks Sports Inc., specializes in American apparel across the Seattle area and the world. While an ordinary year may debut waterproof layers to beat the Seattle drizzle or the latest men’s and women’s running shoe, this year they're commemorating a legendary athlete in partnership with the Fred Hutchinson Cancer Research Center.

Gabriele “Gabe” Grunewald was a professional American distance runner, specializing in the 1500 meters / Mile and stretching up to the 5000 meters. Representing the United States at the 2014 IAAF World Indoor Championships, she also reigned national champion in the 3000 meters at the 2014 USA Indoor Track & Field Championships.

Grunewald was diagnosed with a rare form of cancer by the name of adenoid cystic carcinoma in 2009. After several surgical procedures, her cancerous tumor was eventually removed from her liver in 2016. Just a year later, however, a PET scan revealed 12 small inoperable tumors in her liver.

Throughout her 10-year battle with cancer, Grunewald continued to compete and run professionally, using running as a tool to move through her cancer diagnosis.

Her partnership with Brooks Running began in 2010, and in 2017 Brooks released the documentary “Gabe,” depicting Grunewald’s battle with cancer as she worked to qualify for the 2017 World Championships.

In what would be her final professional race, Grunewald ran 4:31.18 and placed 28th in 1500-meter semi-final at the 2017 USA Outdoor Track & Field Championships in 100-degree heat in between chemotherapy treatments. In 2018, she founded the organization Brave Like Gabe to fund research and raise awareness of rare cancers.

Grunewald lost her battle with cancer on June 11, 2019 – two weeks before her 33rd birthday.

In partnership with the Fred Hutchinson Cancer Research Center, Brooks Running designed a limited-edition shoe to celebrate the life and commemorate the legacy of Grunewald. Designed alongside Grunewald’s husband, Justin, and friend, Ladia, proceeds from the sales of the Brave Like Gabe Launch 7 shoes (see photo below) were donated to Fred Hutch, on behalf of the Brave Like Gabe Foundation, to fund a one-year fellowship for cancer research.

The shoe was officially released this June 11 – the first anniversary of Grunewald’s passing.

The inaugural Brave Fellowship has officially been awarded to a rare cancer researcher Dr. Alyssa Webster. As she works on cures for acute myeloid leukemia, she is a determined researcher and avid runner herself, noting that running has given her the resilience to be a successful scientist. 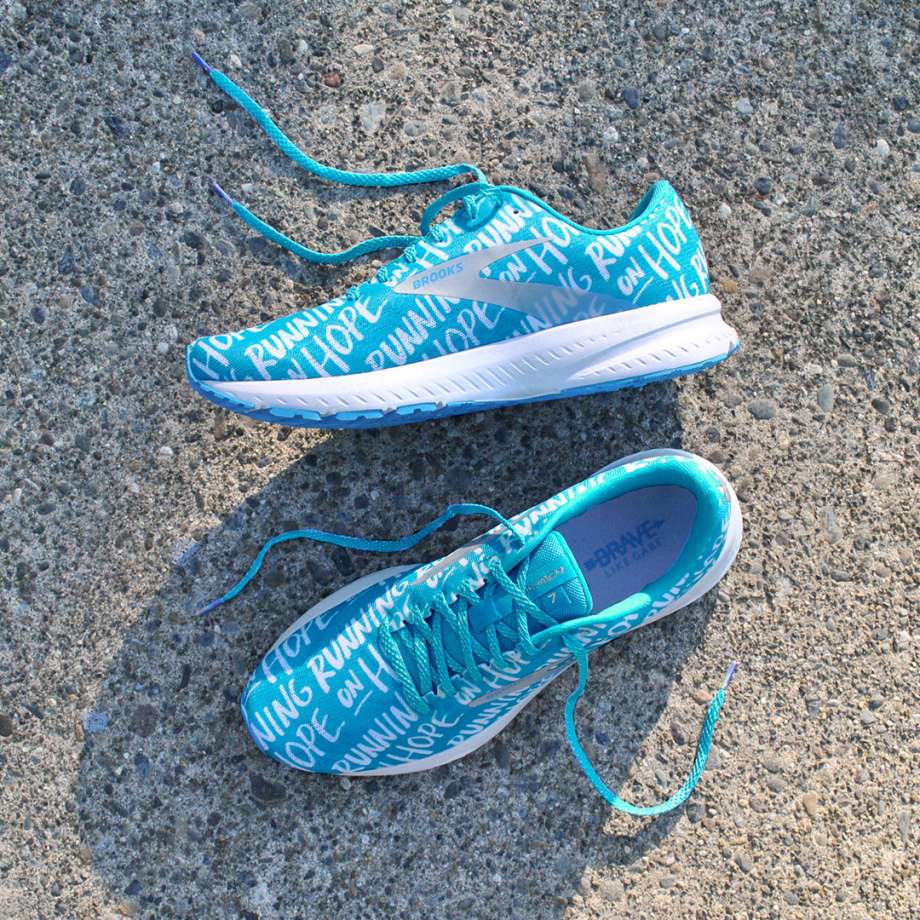