So much more than just a Mile

I learned an immediate lesson, right there on that track. Sometimes you do need help.

“Did you hear that a plane crashed into one of the World Trade Center Towers?” read the email from my sister as I sat at work on September 11, 2001. I was just shy of turning 34-years-old two days later… And so began a journey of a track, a watch and a goal. It was a journey filled, along the way, with highlights involving joy, sadness, birth & death and all that life gives us between... 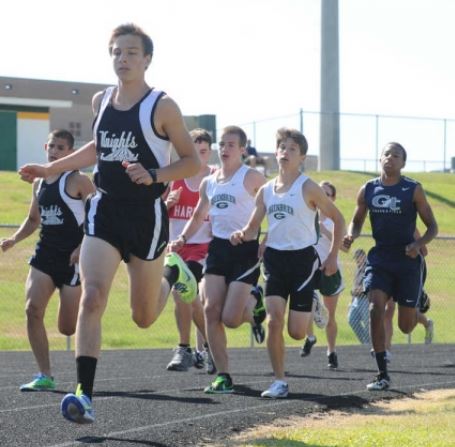 I Feel Robbed of Nine Meters

Thomas Bennink of Rock Hill High School in South Carolina recently joined the Bring Back the Mile movement and in the "What does the Mile mean to you?" section left us a comment that grabbed our attention. His thoughts are why we started the national campaign. If you'd like to share your story you can do so by becoming a Mile Maniac - click on the Join the Movement button above right.

I attend Rock Hill High School in South Carolina and I am a member of our...

On Thursday, January 30, 2014, BBTM had the privilege of spending time with the first American to break 4 minutes in the Mile: Golden Bear Don Bowden. Don shared that on the day of his historic 3:58.7 Mile on June 1, 1957 in Stockton, CA he was a student at Cal Berkeley sitting in an economics class taking a test (and had stayed up late the night before). He then drove himself the hour-plus to the race where he was originally entered in the 880. But legendary coach Brutus Hamilton thought he...

A Members-Only Race of One: The Birthday Mile

Chris Kealey shared his story on coping with the 9/11 tragedy and what has become his annual race of one. Chris, now 46-years-old, manages a technical support and training operation for Thermo Fisher Scientific Informatics in Massachusetts.  He has four children (we presume a symbolic gesture to the Mile) and is married to Pammy, whom he mentions has always been very supportive of his running addiction.

Chris was the former director of the High Street Mile and was the President of the...

Cementing a Friendship Over Mutual Barriers

Rich Morales was a La Habra High School Highlander in La Habra, CA. He recently retired from a 25 year coaching career, but continues to serve as a Starter, directs the Inland Empire Cross Country Challenge and is a Spanish teacher at Los Osos High School in Rancho Cucamonga. This past November he published an e-book autobiography titled "My Story" - sharing his journey of a youth struggling to find his place in the world. The book is available on Amazon.com.

JoAnn Wegert wrote to BBTM via our Facebook Page about the lessons learned in a one Mile race. A great post!

I remember rounding the last turn on the track and seeing that long stretch to the finish, all the while hearing the breath of my opponent who wanted the win, likely, just as much as I did. Muscles beyond aching; they almost seemed numb. Every movement took 100% percent effort. Time stood still. That finish line did not get any closer. The flickering thought; just step into the grass...