Cementing a Friendship Over Mutual Barriers

Rich Morales was a La Habra High School Highlander in La Habra, CA. He recently retired from a 25 year coaching career, but continues to serve as a Starter, directs the Inland Empire Cross Country Challenge and is a Spanish teacher at Los Osos High School in Rancho Cucamonga. This past November he published an e-book autobiography titled "My Story" - sharing his journey of a youth struggling to find his place in the world. The book is available on Amazon.com.

Coach had us on the track running repeat quarters at 75 seconds for what seemed like every other day. It really wasn’t the case though as we would go out and run up in the hills, out onto Whittier Blvd., and around the school to build endurance. Still those quarters are what I remember most.

We had a pretty good group of freshmen on the team, three or four of us, each capable of going under 5 minutes.

Coach had us switch from time to time to run 880s.

We were learning to establish pace. 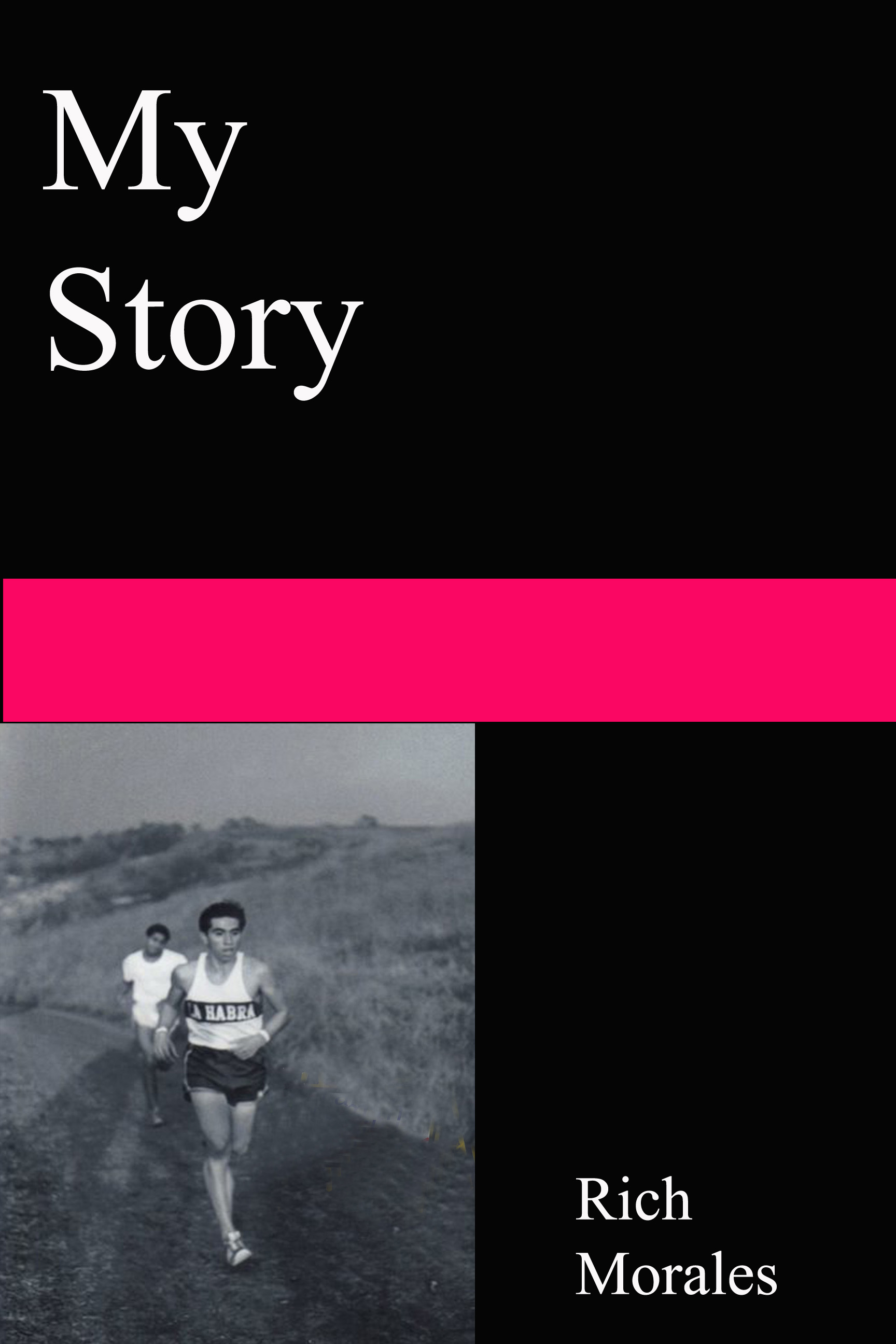 Off we went again. 6 times 880. As we started the last one, coach yelled out, “All four of you have to be under 2:30, or I’ll add two more!” At the 440, we came by in 76. We looked at each other. An unspoken look of determination came over each of the faces and I matched theirs. First I pushed the pace. Then a teammate went by me at 550, then the other two pushed by him. As we went by the 660, I caught them and we were nearly 4 abreast in the middle of the straightaway. Then came the turn that Mike took the lead, followed by Andy, then me, then Scott. Mike kept the lead, while Andy, Scott and I finished three abreast.

A week later, with just the Varsity team looking on, no spectators, no opposing team we were set to try to break five minutes. CIF didn’t have competition in the mile for “B’s and C’s”, the levels of competition for non-Varsity runners. So, this would be our chance to compete in the mile as freshmen. Coach had nine of lined up, ready to compete. I was nervous and fidgety. The four of us—Mike, Scott, Andy, and I—were in no way ready to compete as Varsity runners, yet we felt like we were facing the challenge of a state championship meet.

Once again we jostled, elbowed, and literally pushed each other to establish position, just like we had in practice. None of the contact was malicious nor was it designed to keep anyone from performing their best. We were each trying to reach that first turn first. I was pushed to the outside, which was actually quite good since it got me clear of the others who would not be a factor later in the race, but who in the beginning were trying to run with the leaders. I really tried to keep my cool as we went down that first straightaway, trying to remember what those 440s and 880s felt like, especially at the beginning of the workouts. It wasn’t easy to do since a couple of other kids were going out too fast and I was in 6th. As we neared the end of the first lap, I heard “72, 73!” “OK, not too bad”, I thought to myself. “We can do this, we’re ready.” Mike was leading and I was in second. I could hear Andy’s typical step: tap, slide, tap, slide, tap. It wasn’t out of the question. We just might break 5! 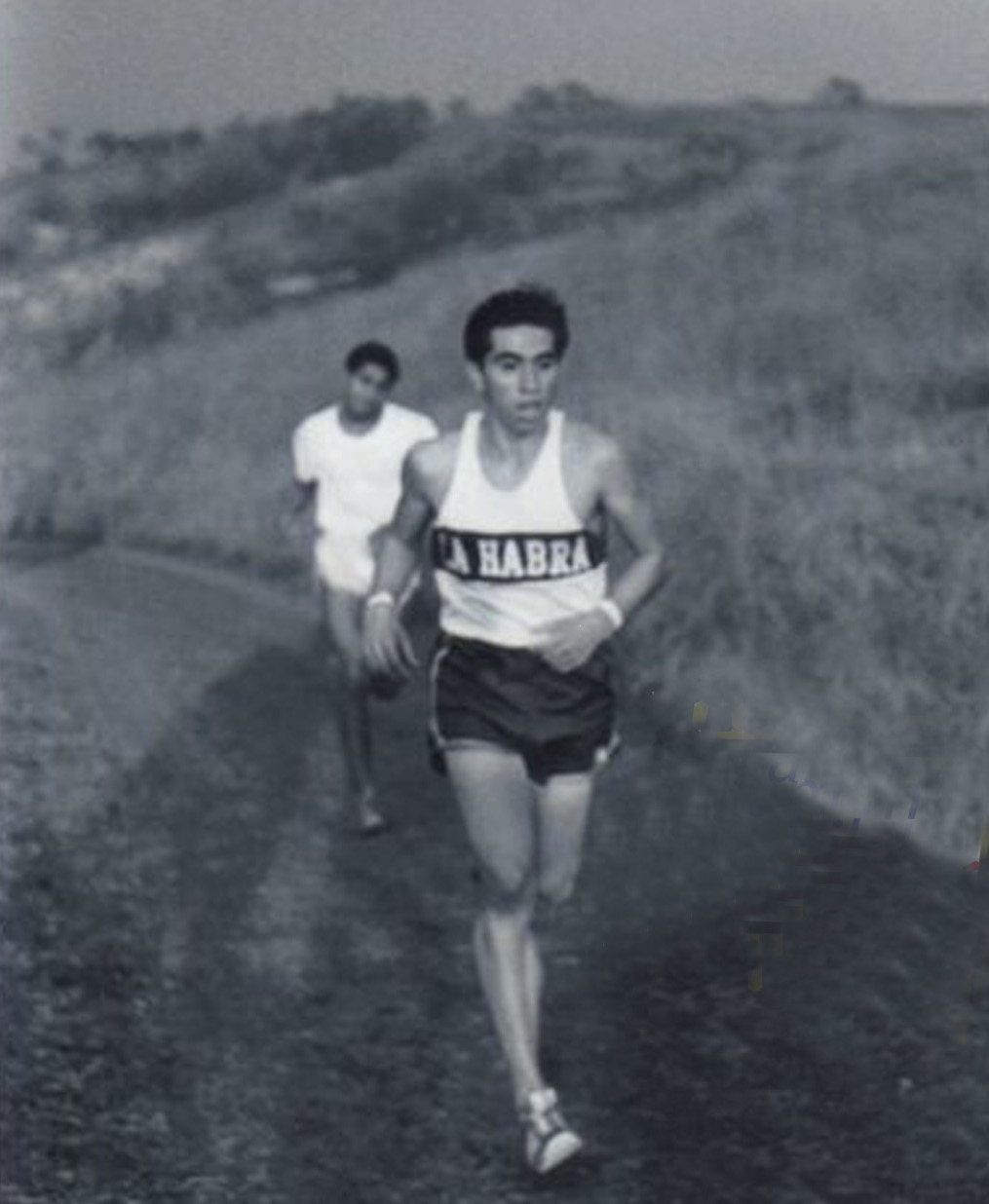 A 220 was left and I was ten yards in front. The bear had jumped on my back and was bouncing up and down. Each step was a struggle and my lungs were beginning to burn. Mike in the meantime was closing the gap as we neared the finish line. I looked to my right, and I could see the pain of the struggle in his contorted face. Each of us fought toward the finished line, bolstered by the cheers of the Varsity runners. “5:03!”

We didn’t break five minutes that day, but we had managed to break our previous best times.

We also had helped each other and cemented our friendship by shared pain, effort and struggle to get past what usually keeps others from achieving their best. We walked off the track, arms around each others’ shoulders, confident that we would continue to help each other achieve new standards over the coming years. Mike went on to become 440 Champion in our state, I was league Champ junior and senior years and school record holder in the two-mile with a mile PR of 4:28, two-mile 9:34.