Greg McMillan was the 1987 Tennessee State Mile champion and he also serves as the head coach for McMillan Elite, a professional training based in Berkeley, CA. Follow Greg on Twitter @GregMcMillan.

When people ask about my high school running, I tell them that I am the 1987 Tennessee State Mile champion. But, that’s not technically correct. Technically, I am the 1987 Tennessee State 1600 meter champion. But, no one outside of the sport knows what 1600 meters is. It has no meaning. The Mile, however, has lots of meaning and that’s why I support Bring Back the Mile an organization committed to making the Mile the standard distance in track. 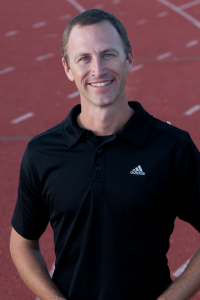 Now, I know that 1600 meters is convenient since it’s four laps of your standard 400-meter track, but why can’t meet directors simply back up the 9.34 meters from the starting line to make it a full, meaningful Mile (1609.34 meters)? Funny isn’t it? By just taking a few steps back from the start/finish line, the event becomes something much more meaningful for participants, fans and the media – a win-win-win. Run 1600 meters and it’s just not the same. No one has ever asked me what I can run for 1600 meters. They ask what I can run for the Mile.

I also firmly believe the 1500-meter run (3.75 laps of the track) serves no purpose in the sport. I suppose I could see why meet directors just default to four 400-meter laps (1600 meters) but why a race lasting three and three quarter laps of the track? That makes absolutely no sense. I wonder who was the first person to say, “Hey guys. Instead of starting here at the start/finish line, let’s start over there at the end of the first turn.” Nonsense. The mile is where it’s at and we must demand that all track meets run the mile.

We actually have a precedent for events that don’t fit into some nice round number. The marathon, for instance, is 26 miles 385 yards. Not 26 miles. 26 miles and 385 yards. That’s the distance. No exceptions. And, it’s not even some nice round number of kilometers. The marathon is 42.195 kilometers. Not 40 or even 42. So I don’t see why the Mile shouldn’t be the standard distance in track and field – run in state meets, collegiate meets, national championships and the Olympic Games.

I believe every existing track in the world should be marked with the Mile start (9.34 meters behind the normal starting line). I believe every company that builds a new track should be required to mark the mile start line on the tracks they build. I also believe that every governing body – from the state, national and international level - should only recognize the Mile. Not 1500 meters. Not 1600 meters. The Mile. Period.

It meant everything to me to win the “Mile” in high school. I truly dedicated my last two years of high school to winning that race. I won it at 1600 meters and I damn sure would have won it at 1609.34 meters. Let’s give a new generation of runners the chance to follow in Roger Bannister’s shadow. Let’s give the public at large an event that captures the spirit of his quest to break 4 minutes. Let’s run the Mile!