On the eve of the first running event I had ever organized, I was doing a lot of thinking, contemplating just how I got there. Many years and experiences and most importantly, people – led me to that point. I was Race Director of TOM. TOM is The Oberlin Mile, which was run and made a bit of history, at least local history, in a small, rural northwestern Kansas town.

For many people I have talked with about TOM, “Why?” has been a steady and pretty reasonable question.

The short of it is, because I was led to it. There are two distinct, concentric circles in this Miler’s story, one in Kansas, and one in Indiana. They began to overlap and intertwine, and one led on to the other. This story has come and gone full-circle from Indiana to Kansas and back again. And it is the people in my life who have made it so. 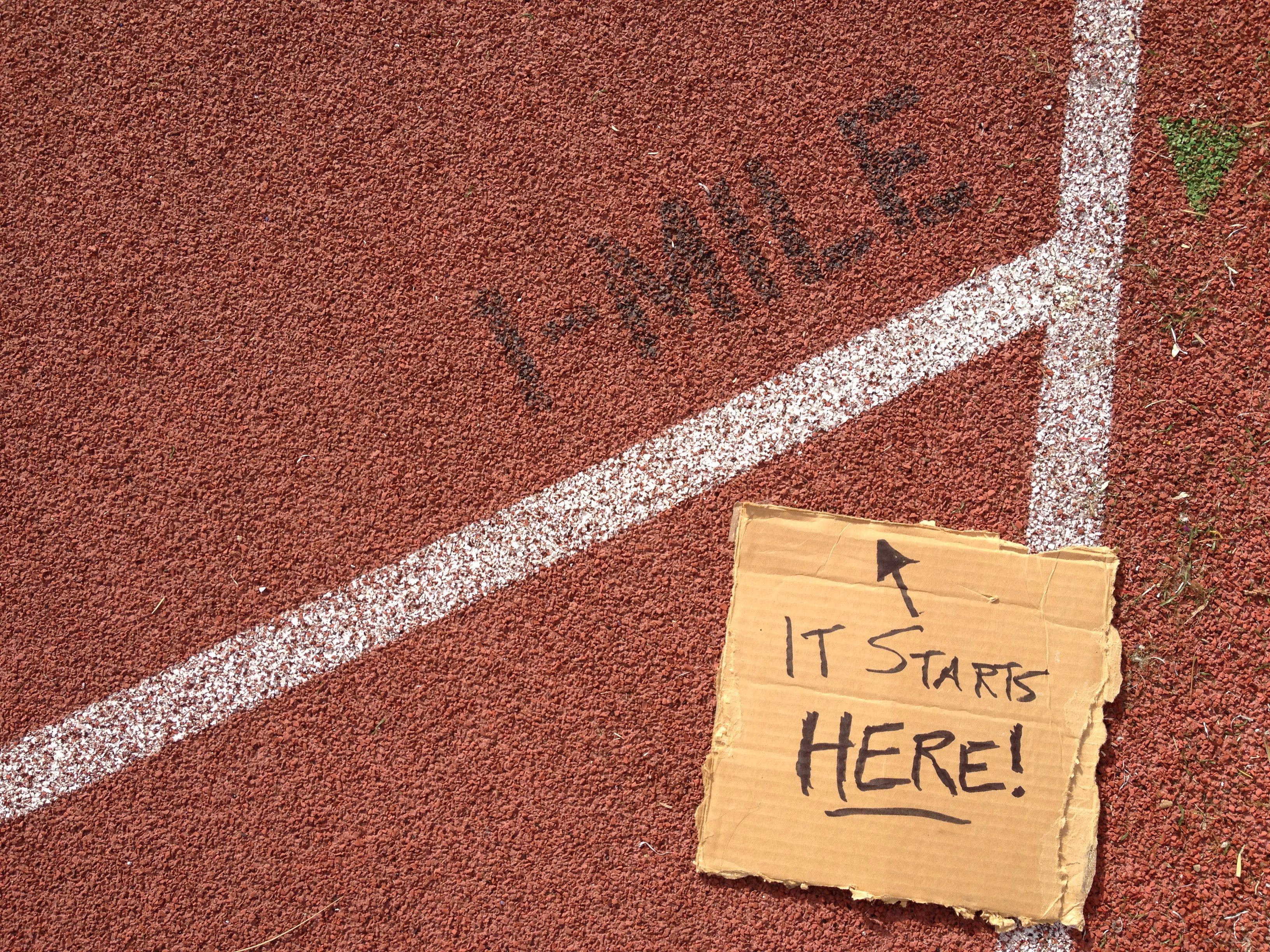 Summer of 1976, I was becoming a freshman in high school. I had been running formally since junior high, but informally since I began getting tired of walking the same path day after day from school to my father’s office downtown, especially with the large, awkward shape and to a lesser extent- weight, of my cello, which I carried to and from school most every day.  In a word – boredom. In another word – tedium.

So I start running it.