An Army Draftee Finds Solace in the Mile 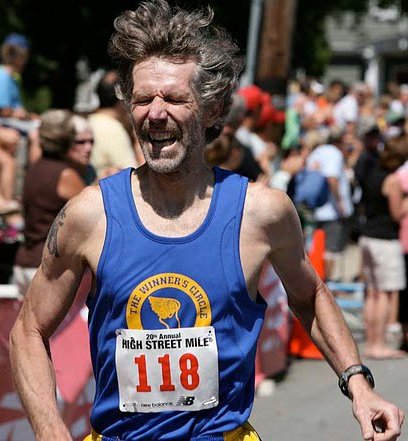 In 1968 Rick Bayko was a young military draftee at Ft. Dix in New Jersey. Disappointed with an easier physical training regime than expected he found solace in the Mile...

My most memorable Mile wasn't the first, last, fastest or slowest Mile I ever did.  It was done at Ft. Dix NJ in April of 1968 in Army fatigues and combat boots. When I was a reluctant draftee I was disappointed that there wasn't as much physical training as I'd expected. During the 8-weeks of Basic Combat Training about the only things I enjoyed were the two days along the way that we practiced for the 5-event Physical Fitness Test due at the end of cycle. I was confident of beating the 6:02 necessay for 100 points in the Mile, having done 4:42 on a slow indoor track just prior to induction and 5:37 and 5:41 during the practice runs.

As the first four tests were taking place on the last day word got around that I was psyched for this and betting was heavy amongst the platoon drill sergeants. I'd been thinking sub-5 in my daydreams leading up to it and as the gun fired I went for it with gusto. After two months in Army boots I felt accustomed to them and blasted the first quarter in 75 seconds. It felt right, so I did another and hit the half in 2:30, right on pace. The PA announcer took a moment from calling the times out to interject "Wooo!  Lookit that boy go!" Only two more laps, and the third was another 75 for 3:45, with one to go and nobody within a minute of me and the PA guy nearly flabbergasted as I lapped others in clusters. Then the boots got heavy, then the thighs turned to cement, then it felt like running in chin-deep water. The last lap took an exhausting 92 seconds to complete, but the final time of 5 minutes, 17 seconds, while not what I'd hoped for was apparently a Ft. Dix record, at least at that time as far as anyone knew.

Never again did I run a timed Mile in boots.  Eventually some four years later I ran nearly a minute faster as a civilian in running flats, but I always considered that 5:17 to be perhaps the best Mile I'd ever run.