Believing in the Magic of the Mile

A couple of weeks ago Madison Granger, a sophomore student-athlete at Duke University, Massachusetts State Mile champion and 2011 Falmouth High School Mile champion, joined the BBTM movement and in the 'What Does the Mile Mean to You?' field mentioned...

"The best moment of my running career to-date was winning the Mile at the MA state championships in the outdoor track season of my senior year; it was the only state title I ever claimed and my first time breaking five minutes."

What stood out to us the most was the fact that Madison had actually won THE MILE at her State Championships. Massachusetts is the only state in the union to have never switched to the 1600 meters. So, we asked her to elaborate a little on what the Mile means to her and what it's like to truly run the Mile when prep athletes across the country are unable to do thanks to near-sighted rules commmittees. What we received in response is a tale of dreaming and breaking down barriers. Enjoy, and good luck Madison!

Sign Your State's Petition to Bring Back the Mile and replace the 1600m! 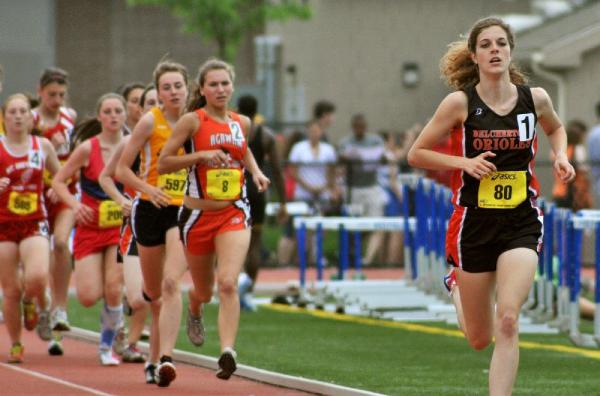 When I was growing up, there was a book that was always sitting out in my living room. My dad had been reading it and would sometimes excitedly share its stories with my sisters and me. The heroes of this book, “The Perfect Mile”, fascinated and inspired me with their bold quests to break the sub-4 minute Mile barrier. They were a trio of daring and determined competitors who believed they could do something that the whole world said they could not. And in the end, they proved they were right.

Through that story, the magic of the Mile had crept into my blood. It appealed to the inner part of me that believed in the human body’s ability to defy all limitations. As the years passed and I developed into a strong competitor in track and field, I carried this belief with me.

In high school, I demonstrated aptitude for the Mile. My family joked this was the “sexy” race: long enough to garner respect in the distance world, short enough to test your speed. It’s the event that people outside of the track world recognize and care about. As told in “The Perfect Mile”, it’s tied to a rich and exciting history. I was proud to call myself a Miler. 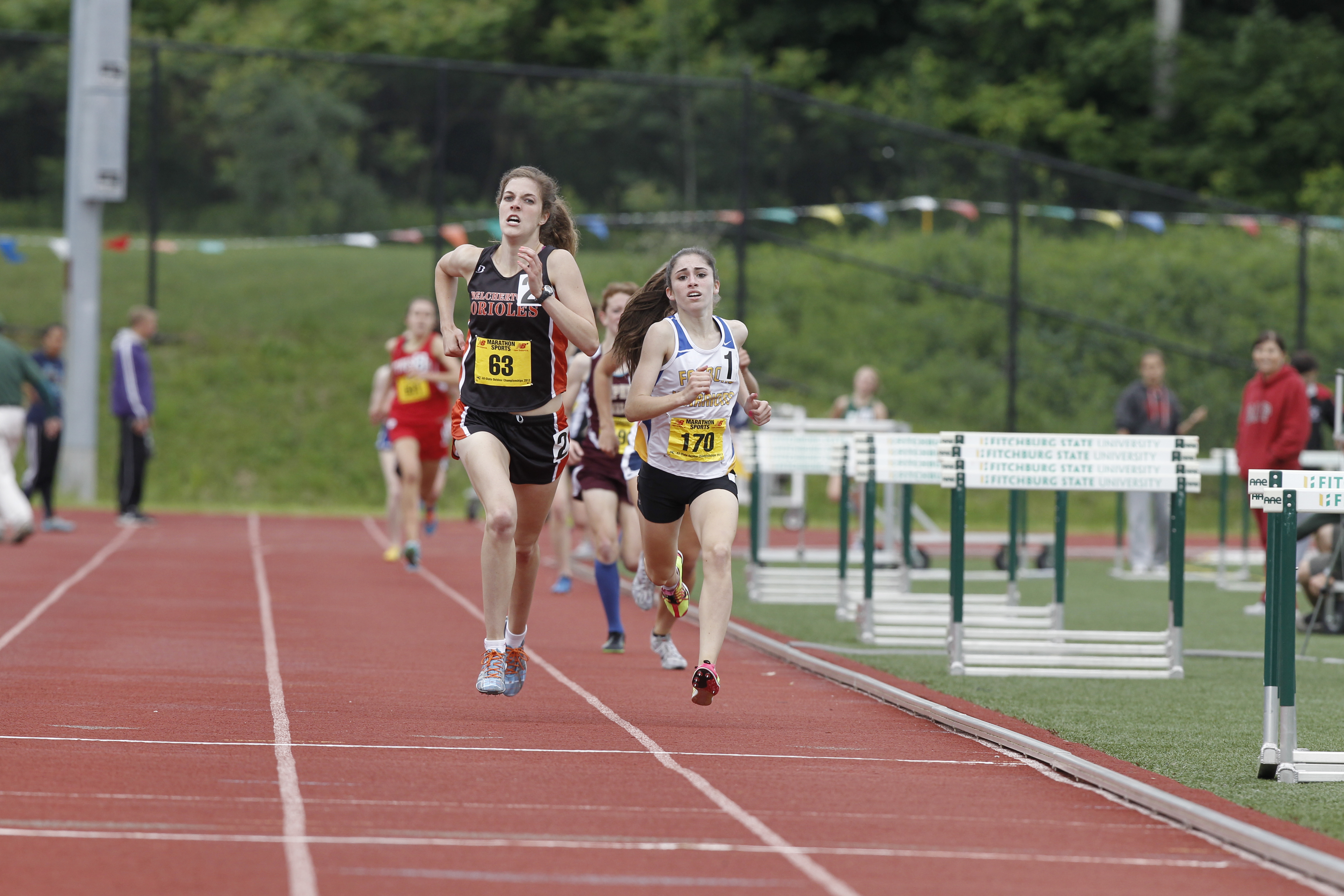 Madison taking the lead and eventual title in final 20 meters of the Mile at the Massachusetts State Championships. Photo credit:  Winslow Townson

During my junior year, this was the race on which I focused my two big goals. I wanted fiercely to win a state championship in the Mile. This dream was a long shot for a girl from a program that lacked indoor track and that typically sent very few, if any, athletes to States. I was also a western Massachusetts runner, competing in an arena always dominated by athletes from the east.

My second goal was the far-off, hazy dream of breaking five minutes, which would require dropping almost twenty seconds off my time.

That year, I came close to achieving both. I finished fourth at States with a huge Mile PR of 5:02 and qualified for the New England Championships.

New England’s was my first time running 1600m. I honestly didn’t know this race distance existed prior to that meet. I remember seeing converted times on the heat sheet and realizing that none of the competitors from other states raced the Mile. It was odd to me; the distance seemed to be a kind of knock-off.

I PR’d again with a 4:58 and was initially ecstatic. However, when I realized that the time converted to a mark just over five minutes in the Mile, I was disappointed. I still had not accomplished my goal. It didn’t matter at all to me what my 1600m PR was. I wouldn’t be satisfied until I broke five in the Mile. 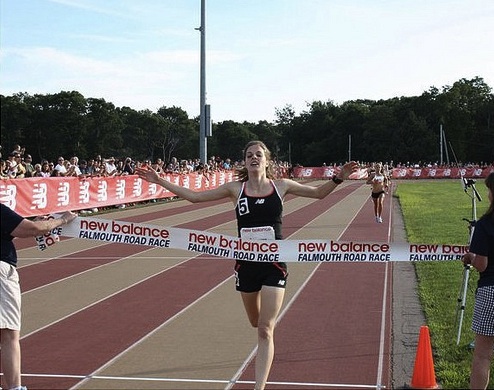 A year later, I approached my final state championships still in the hunt for both of my goals. I planned on a close race among some talented competitors from the other side of the state. After a bad start, I scrambled for position and found myself in a race that was not very close at all. I made my way to the front of the chase pack and found that the race’s leader had bolted away. She passed the 800m mark with a whopping eight seconds on the rest of the field. If I wanted to claim the title of “State Champion in the Mile,” I had only two laps to do it. The dream that I had chased and believed in was rapidly slipping away.

My coach told me before the race that a kick is an emotional thing. Not physiology, but heart. Not science, but belief. Being far behind didn’t hinder my belief in myself or my dream. This was my last opportunity to pull off my own “perfect Mile” and in my heart, I still believed I could make it happen.

I’ve run some great races and earned many titles on the track. To this day, I am still most proud of charging down the leader just steps before the finish to win the Mile at the Massachusetts State Championships. As I stepped onto the podium to receive my medal, I heard my official time announced: 4 minutes, 59.90 seconds. I had achieved both goals. That moment was indescribably magical.

Now, beginning my sophomore year at Duke University, I still find myself shooting for big goals, like competing at NCAA DI Nationals and earning All-American honors. For the moment, these goals are still far out of reach; however, as someone who knows the unstoppable magic of belief, I don’t see that as much of a problem.