One Mile on a Hot Texas Afternoon

Thank you to Glen McGuire for submitting his comeback to running a Mile after a motorcycle accident. Glenn currently lives in Austin, Texas and joined the Cross Country team in high school (because they did not cut anyone). He fell in love with the sport and has been running ever since with a personal record in the Mile of 4:35. 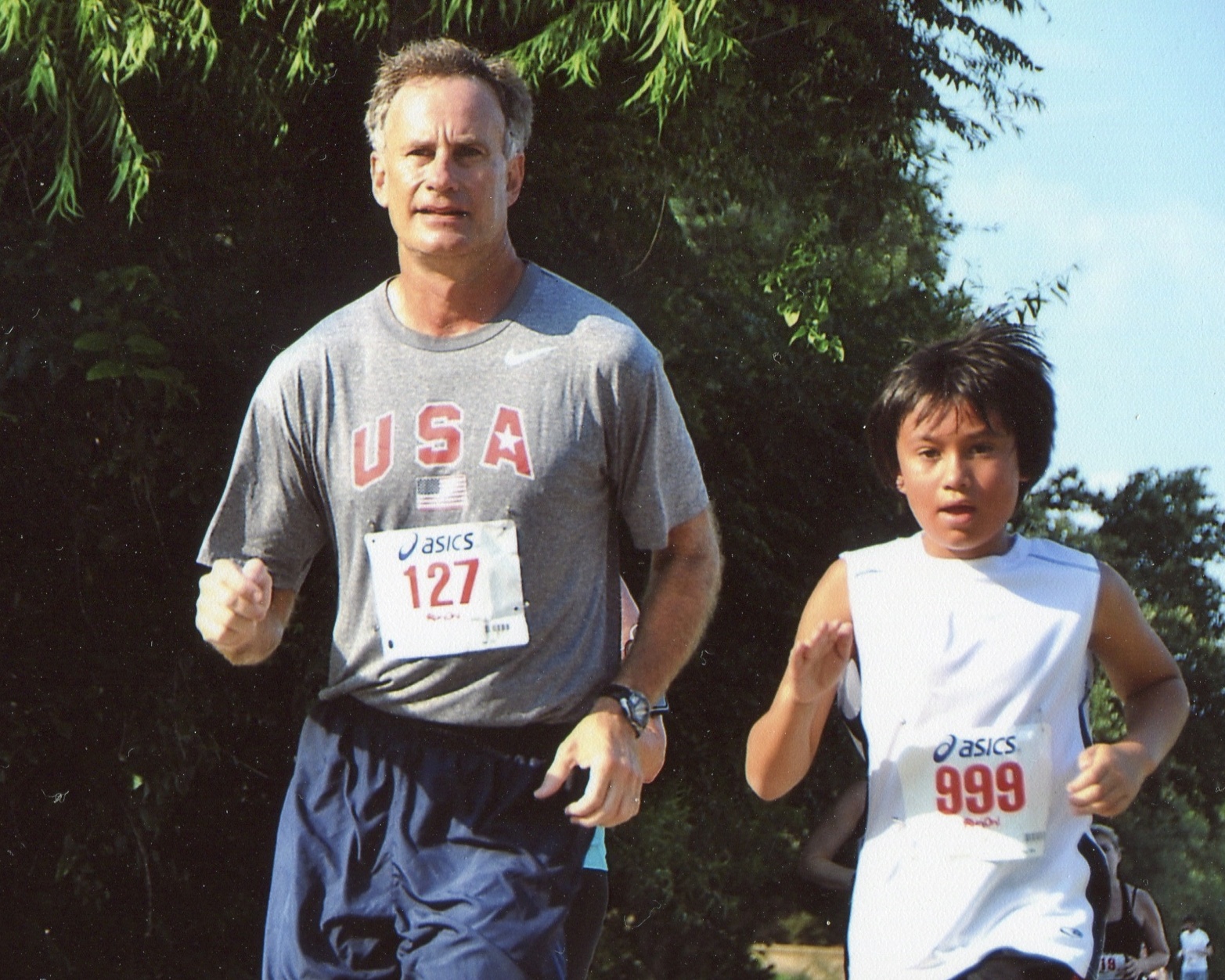 Speed versus endurance. Physical strength versus mental power. No distance strikes such balance nor is as compelling as the mile. It has drawn me to the track for over 35 years. I go there to see where I’m at versus where I’ve been and where I want to be.

Finally, today was the day.  I took a deep breath, hit my watch, and took off with a slow, clunky, stride. Each step brought pain from parts of my lower body still on the mend, but the feeling of movement around the track was pure joy.

The first lap went by in 3:50. OMG. Jim Ryun would have lapped me three times already. Halfway through lap 2, I felt someone coming up on my right shoulder. One of the local elites running sub-24 200’s? No. An older lady in purple spandex powerwalked by. She was long gone and so was my early energy as I labored through lap 3.

The start line passed underneath again and I headed into the final lap. Like so many other miles before, the last quarter was an out-of-body experience as the battle raged between searing fatigue and the will to finish. At long last, I crossed the line and hit my watch. 14:18.

I staggered over to a metal bench and collapsed. The sweat pouring down my face was quickly washed away by a sudden flood of tears.  I buried my head in my hands and sobbed. And sobbed some more.  A gentle voice said, “Are you ok?” I looked up and the lady in purple was there. “Yes”, I told her, “I’m ok.  It’s just great to be back.”