Willie F. Gordon and a Slice of American Mile History 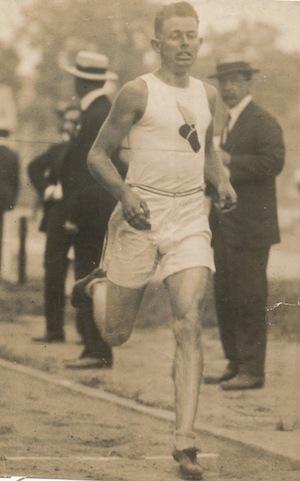 My name is William Freeland Gordon II, though I haven’t used the “II” for years.  “Bill” works just fine. I grew up in SE Pennsylvania and moved to Wyoming in 1980, where I still live. I saw a small piece about “Bring Back The Mile” in Sports Illustrated and think what you are doing is great!

My grandfather was William "Willie" Freeland Gordon, born in 1893 in Doylestown, PA. He and his two brothers, Louis & Freeland were runners between 1900-1920 for the New York Athletic Club. Willie was a miler, Louis was long distance events, and Freeland was a sprinter.

They did occasionally compete in some races together. In the late ‘60’s I was told by a track coach of some note in Pennsylvania that it was due to them that the AAU made a rule disallowing brothers running in the same race. It was alleged by others that the brothers  would sometime block for each other. I’ve never been able to confirm if such a rule ever existed or why, but it is a great story.

Willie had many great races with Abel Kiviat. My grandmother was usually in attendance. When she would tell me stories of their races she would always refer to him as “Kiviat” with a certain amount of respect, but always a very stern voice. They were great rivals. Mr. Kiviat was the oldest living Olympic gold medalist (1912 Olympics) until his death in 1991.

Grandpa and my father David had a golf course design and construction business, William F Gordon Co. Golf Course Architects. In 1948 he was one of the founding members of the American Society of Golf Course Architects. He passed away in 1974. We are very proud of our grandfather and I am sure he is smiling quietly about your efforts to Bring Back the Mile. To all the great milers you list on your website and the many others who finished back in the pack we raise our glasses and say, "Cheers!"
The family of Willie Gordon 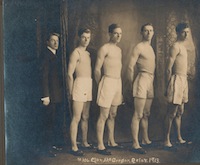