Grand Prize Winner: My Most Memorable Mile Essay Contest (May 2012) 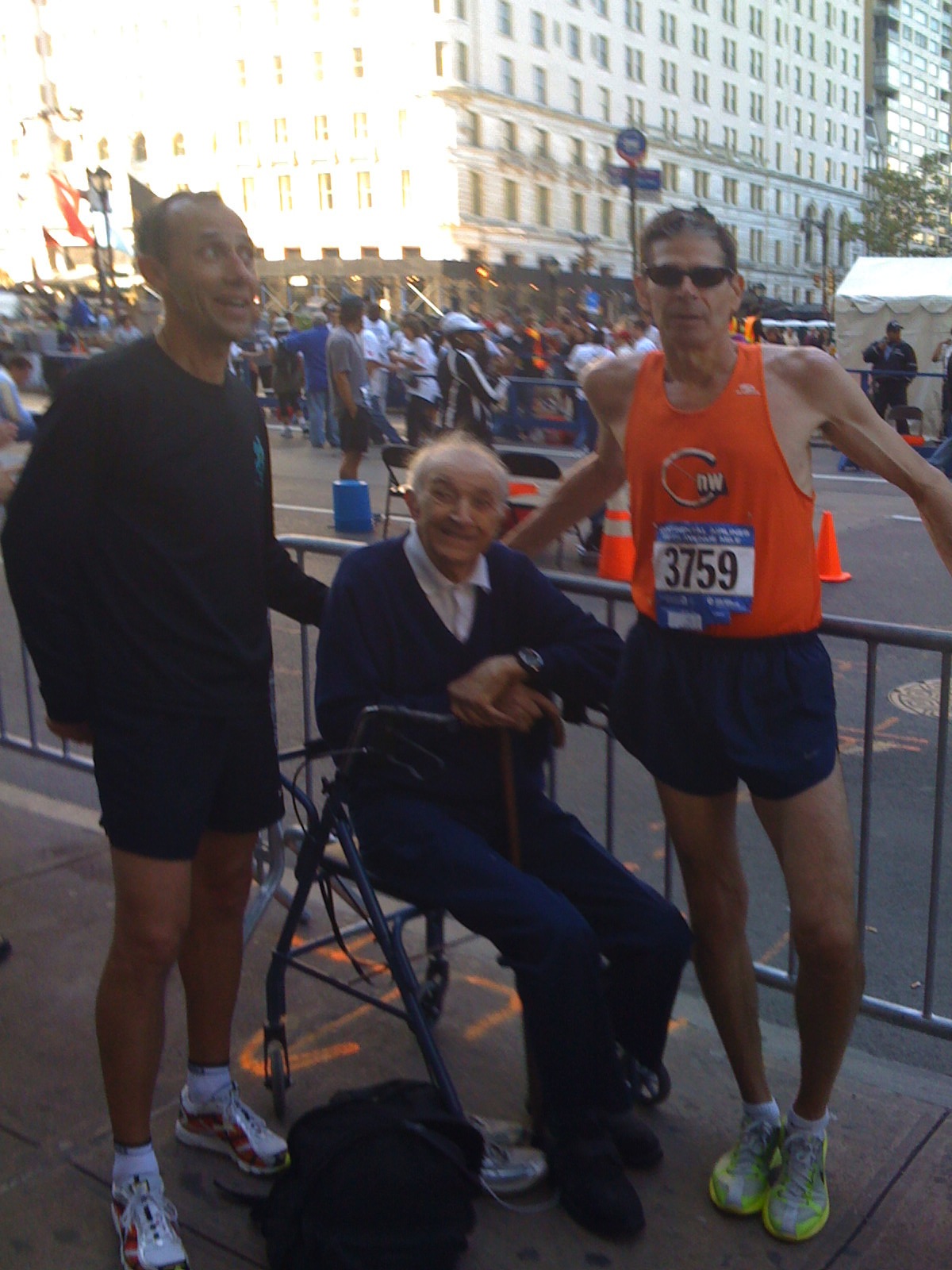 Thank you to David Cannon for submitting this inspiring story. David is a 20-times Masters National Champion ranging from the 1500 meters to 10K Cross Country and 3-times World Champion in the 1500m and 8K Cross in the M50-54 age group. He is currently focused on breaking the world record for M55-59 of 4:35.04 in the Mile (to learn more about U.S. and World Records, visit our History page).

The first was 40 years ago at George C. Marshall High School in Falls Church, Va., where Schlogl was a history teacher and track coach. We won back-to-back cross country state championships, and not one runner on our team doubted who was most responsible. Coach was a four-sport star at Fordham, a hero in World War II, a career Army officer and an educator who made a difference.

After high school, I ran track at James Madison University. Coach retired, I moved out West, gradually we lost touch. But when I took up Masters running, I began hearing his voice in my ear again as I trained.

In 2008, after entering the New York Continental 5th Avenue Mile, I tracked him down at his New Jersey retirement home. At 92, he hadn’t seen me run in over three decades. I called to ask if he’d attend the New York event.  “I’d love to,” he said.

On race day, I had a limo driver bring him to Manhattan. I joined him as we headed to Central Park to drop him off at the finish line. Coach asked me to describe the course and competition to him.  He listened and said: “Davey, take the first 400 out easy in 69-70 seconds and do not take the lead, when the race crests up the slight incline at 800 meters I want you in position. You should be at 2:20-2:22 when you crest the hill, then I want you to go to work,” he added. “Be patient, and when you see me at the finish line I want you to push ‘til 200 then put it in full blower and bring it home.”

I followed his instructions, as I had hundreds of times before. At age 53, for just under five minutes, I was a kid again. I ran to my coach’s arms victorious in 4:40 flat. We celebrated over beers at Mickey Mantle’s bar. It was the last day I would see Coach alive, and it was the best mile I ever ran.